Life is a Daring Adventure | The Inspiration Thread

This guy (Reddit link) is absolutely inspiring to me. No fancy sports feats, frugal feats, or traveling the world at an advanced age--just ingenuity and lateral thinking. May he live long and prosper.
Top

This guy has been walking around California for 30 years with his mules, since he retired at 51yo.


3Mules Guy wrote:take only what you need.... at this point, all the money in the world would not do me any good.


Eight years ago, Sarah Cartier, a young woman from Chamonix keen to be her own boss, decided to look after this outpost alone. From mid-June to late August, she offers board and lodging to climbers. She provides information, keeps an eye on their progress and administers first aid should it be necessary. She knows how to brush off chauvinist comments that are still too common in the traditionally male-dominated alpine world. And she does it all with her kids until the temperature drops and the glacier closes off access to Les Drus for the season.

For Sarah, there was never any question of abandoning her role as the hut’s caretaker or leaving her family behind. With the support of her partner, Noé, she found a way to bring her family life into the high mountains. And so, in the 2019 season, her climb up to Charpoua was done with her first child, little Armand, on her back. During that first summer, he sat in a highchair in front of the window, where he could see outside and stare at the choucas (or alpine choughs, a very emblematic bird in the Alps). He became obsessed with them and at the end of the summer was able to mimic their calls, all before he learned to talk.


The group’s founder, a 17-year-old named Logan Lane, said she had a hard time recruiting members. But the word seems to be spreading. The crew gathering in Prospect Park had heard of three different nearby high schools that were rumored to be starting their own chapters. Lane showed up to her interview with Vadukul wearing quilted jeans she had sewed herself. She explained that once she was freed from her phone, she had started learning what life as a teenager in the city used to be like. She took to borrowing books from the library to read in the park. For a while, she fell in with a crew that taught her how to graffiti subway cars.

Four spots left. Not cheap, but certainly an adventure. I also like it as a way to finance an expensive boat retrofit.
https://sailing-south-2024.com/en/wanted-english/ 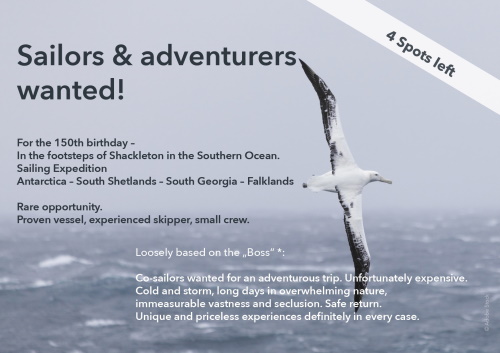 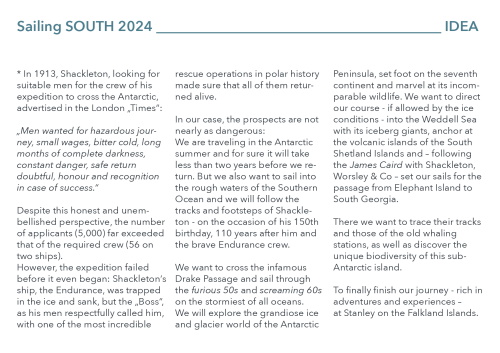 Klunkerz - the emergence of mountain biking, from the lens of 1970's San Francisco. My library had it through Hulu:


4 years ago I felt lost, even though society had clearly paved the path for me. I was 17 and living in Stockholm Sweden. After seeing the documentary "Alone in the wilderness" by Dick Proenneke, I became completely obsessed with the idea of just packing a rucksack of hand tools and wondering off into the vast forest of Sweden to create my own life, living off the land and build a log cabin. I found my meaning, but I was still in high school. My Grandparents owned forest so I started spending more and more time with them every weekend, wandering out, dreaming of my obsession and asking for advise. I had absolutely no prior knowledge of anything how I was going to do this, just the obsession to learn. When I turned 18 I told everyone of my plans. I received a gopro camera from my parents, so I could at least film some of my adventures. I hadn't even thought about filming anything but I did so and am I glad I did. It is a long story from here of hard work, pain, cold, making many many mistakes and figuring out how to solve problems all alone by trial and error. But I finally built the cabin all alone after 3 years. Along the way I also became passionate in filmmaking, so I invested in a better camera. The whole journey is filmed on a tripod by myself, which was lets just say a struggle (I am insane). Some people will doubt this and say I had a film crew and construction team, which I just take as a big complement. I know my journey and I hope to inspire others the same way Dick Proenneke inspired me.

I've been following along. He has some other videos with more detail on individual segments (clearing site, raising walls, roof etc) if anyone is interested in watching further. A very admirable accompliahment, especially at his age and his starting skillset.
Top

A family of seven move from Canada to Guatemala with only 2k in the bank.

"This experiment is our effort to flee the ruthless bombardment of inescapable media that creates a want for things not needed. Downsizing is our effort to live big. To unplug from those products that promised fulfillment but, in actuality, drain us once we've worked so hard to achieve them."
Top

The Russian draft-dodgers who fled to Alaska in a dinghy


As the wind gathered strength, Sergei (pictured above, left) and Maksim scanned the water nervously. Five days had passed since they left their hometown on the Siberian coast and struck out across the Bering Sea in Maksim’s tiny fishing boat, which was powered only by a small outboard motor. The voyage had been perilous. With its mercurial storms and frigid temperatures, the Bering Sea is one of the world’s most dangerous bodies of water. The pair had travelled down the coast of Chukotka, Russia’s easternmost province (it is so remote that it is often excised from maps of the world). They had braved lashing storms and somehow managed to evade detection in a heavily militarised region of Russia. Now they were tantalisingly close to the end of their 300-mile odyssey. Alaska lay just 20 miles away.

Then, in the distance, Sergei saw something that made his heart quiver: the white caps of enormous waves. He consulted the weather app on his phone and saw that they were about to run into a gale. This was the same storm they had encountered a few days earlier. Then, they had raced back to shore, where they waited three nerve-racking days for the weather to die down. Now, in their haste to flee Russia, they had inadvertently caught up with their nemesis. Maksim’s boat, a flimsy 13-footer, was no match for the behemoths that threatened to flood the vessel or capsize it.

As the waves began to slap the hull, spraying Sergei with water, the boat began to pitch and roll. If they were going to return to shore, now was the moment. This time they headed straight into the storm. “We didn’t even think about turning around,” said Sergei. He had already tried once before to make this crossing, on a solo journey a few months earlier, and been forced back by pummelling winds. He and Maksim knew they might not get another chance. They were confronted with a choice: throw themselves at the mercy of the Russian army or plunge ahead. They chose the storm.

Ego wrote: ↑
Thu Oct 24, 2013 11:03 am
Pulitzer Prize-winning journalist and National Geographic Fellow Paul Salopek is retracing on foot the global migration of our ancestors in a 21,000-mile, seven-year odyssey that begins in Ethiopia and ends in Tierra del Fuego. Very much Into the Wild esque both in narrative and personal journey.

I got a copy of the book for Christmas and was reading it this morning. This quote from Justin Alexander on Christopher McCandless (from Into the Wild) made me think of and appreciate this thread:

"I'm not trying to cut myself off from society like he was. I do have a lot of respect for that guy. That said, I think it's too bad we don't look at the many examples of people who went 'into the wild' and lived to tell a great story."