I laughed semi histerically for about two days after I read that sign.
There is clearly a great story behind its existence, I'd love to know it
Top

You have should have taken a pic of the other sign in the airport: "Welcome To Adelaide. Where You Will Never Get Yelled at For Leaving The Seat Up."
Top

As the forum's resident Adelaidean I have to say the sign's a mystery to me too.

Before judging the people of Adelaide, though, perhaps be mindful that a lot of people passing through the airport are actually not from the city, and maybe the sign's there for their benefit?

I don't know the history behind it but those signs are pretty common wherever a reclaimed water system is in use. I always kind of assumed it was an American bureaucratic thing so it's interesting that those signs show up in Australia too.
Top

Well, I investigated the matter and the best answer I could find was that in instances of emergency, when water is not accessible, people may resort to drinking out of toilets. This sign would provide notice it was not healthy.
Top

Catching up with your journal and I must say you have a pretty impressive set up man. Good job!

Trieste somehow reminds me to my hometown. Right by the ocean, compact and gorgeous

@Solvent it wasn't intended to be a joke on Adelaidians, it's just that when I saw that sign I pictured in my mind Random Person X filling his travel mug in the urinal, seeing the sign and going "oh, can't do that here I guess, the water is recycled"

In April I wasn't able to stay below my 2004 budget, because of the planned purchase of second hand furniture and a couple gifts.
Still, financially it was an excellent month as I got a good bonus at work + I sold a couple mid priced watches (my beloved Grand Seiko SBGX065 and a Breitling Aerospace from the mid 2000s) in an effort to become less attached to things.
It hurt a bit (especially the Grand Seiko), but I sold them well, recouping slightly more than 100% of what I originally paid for.
Unsurprisingly, my life has not suffered any drop in quality since then.

The only bad news came from the markets, that keep becoming more expensive.
I'm confident that in the next 10-15 years my Euro/EM heavy allocation will do better than an S&P driven one, but I'd rather be buying cheaper as "EU/EM aren't super expensive" doesn't exactly sound awesome either, in general terms.
The way I see it is that the longer the market stays high, the longer I'll have to work, so this kinda sucks.

Savings rate for the year is above budget so far, at 83% YTD. I do expect it to be lower by year end, but I'll do my best to beat my 2017 record of 75% (it will be unlikely as in 2017 I benefited from some larger than normal bonus payments).

I'm excited as a kid as in a few days I'll be at the Metallica concert in Milan. Last time I saw them it was the year 2003, hopefully they still kick ass \m/

This month my travels brought me again to South Korea, where I had the chance to add a quick afternoon of roaming around the East Coast durng a market visit with my distributor.
We visited a nice local farmer's market... 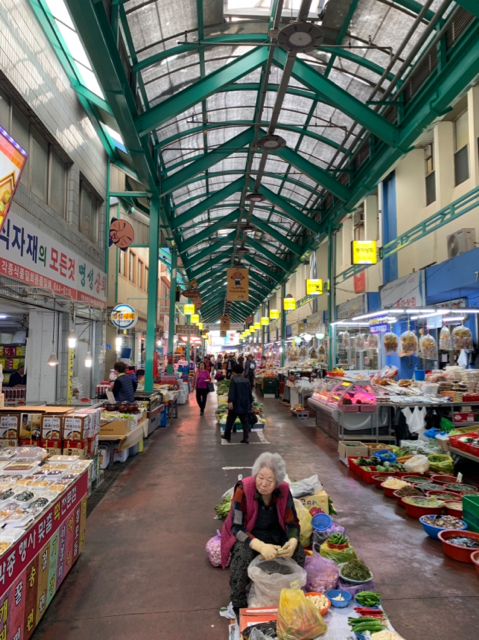 Where I had yet another confirmation that South Koreans like unusual foods.
Pictured below, a sun-dried Alien Facehugger, which they eat either in soups or on the barbecue.
Koreans are badass. 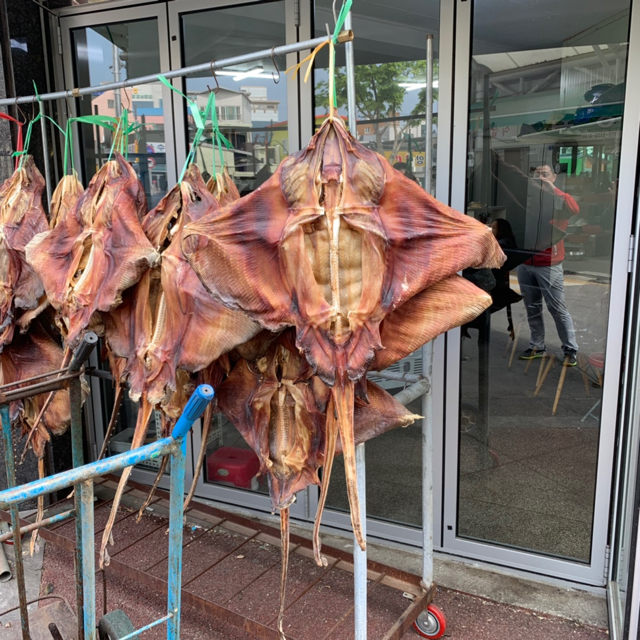 Next we went to the top of a mountain close to a Buddhist temple, with a great view and a spectacular garden. 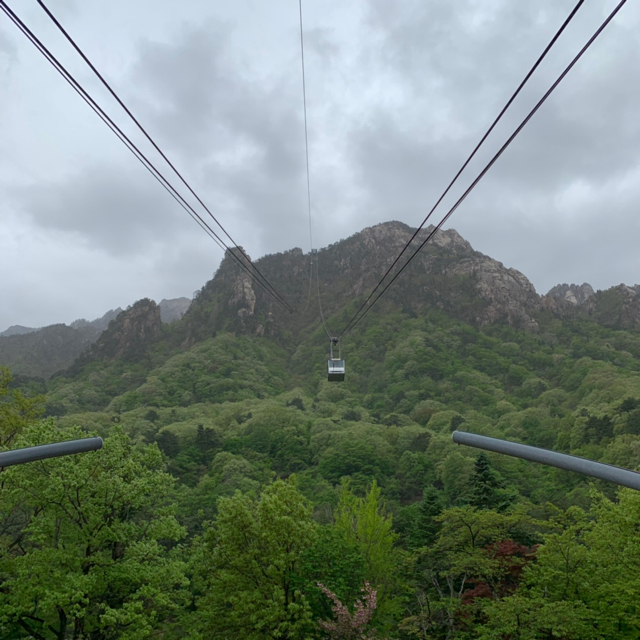 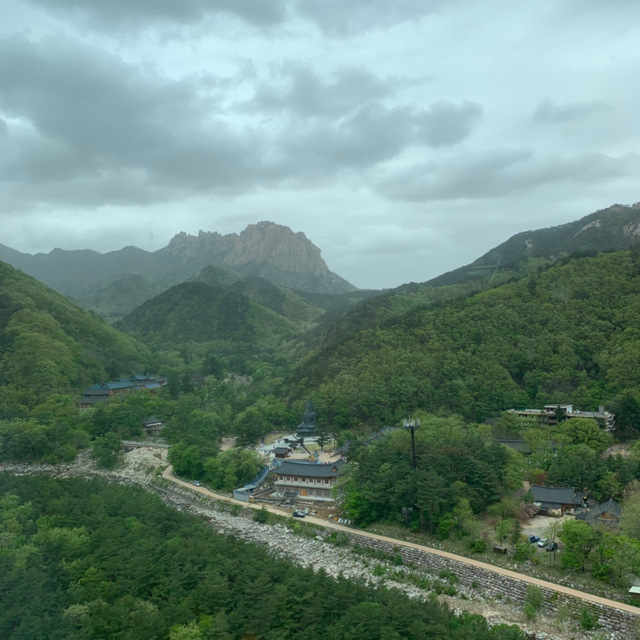 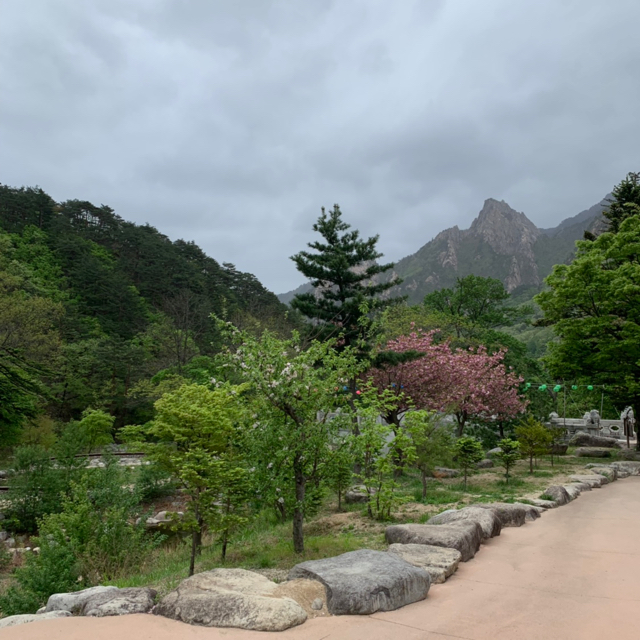 The second part of my trip was in Hong Kong, god do I like this place.
The colors at dusk are quite spectacular. 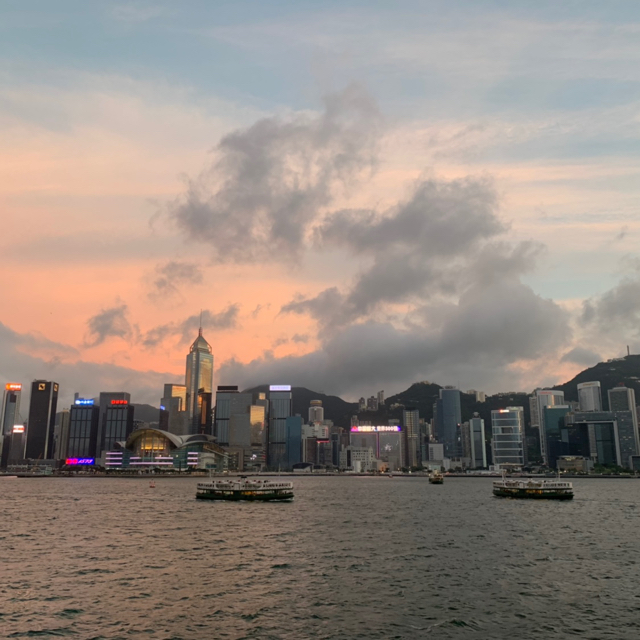 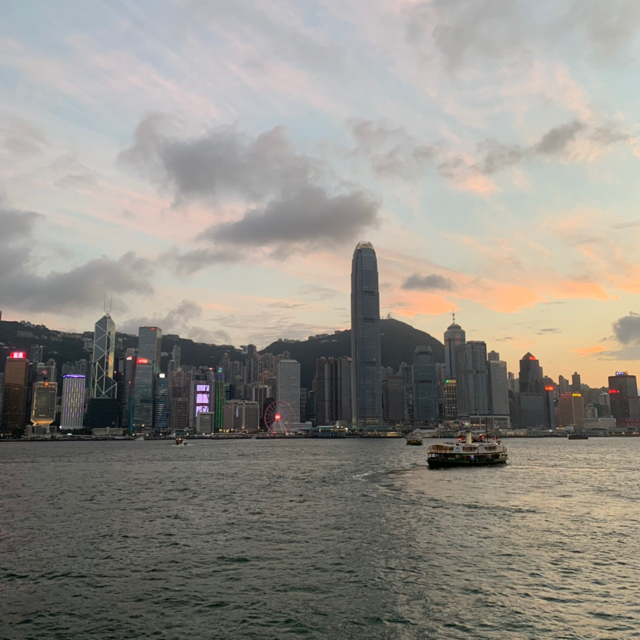 Plus the city is so unique and recongnizable. 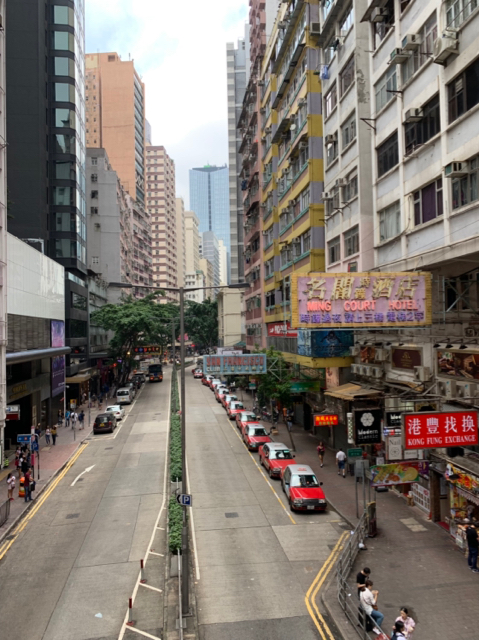 Have a great weekend ladies and gents
Top

Love the pics! It's great to see you taking advantage of all the travel to explore. The world is a beautiful place, and you have a rare opportunity to see corners of it that most people will never experience.
Top

Another one who always enjoys your pics!

I last saw Metallica circa 1995 when they were touring with GnR. That was quite the concert! I'm pretty sure they started 2 hours late too, so everyone was pretty buzzed up by then, making the experience even better.
Top

DD is trying to get a job in Hong Kong when she's done working in Nanjing because she loves it, too.

Funny, she also loves Metallica ... you two could be besties lol.
Top

Thanks to all for the nice comments.
@jp what's her field of work? I have some pretty good contacts in HK so I could probably help if she's in something close to FMCG. Feel free to send a Pm for more details.

Financially, May was a pretty good month.
I again wasn't able to stay under my 2004 budget, but only because I decided to pay for the full year insurance on my small apartment in my hometown. Not making any excuses, but in 2004 I owned no apartments, and in any case, close enough.
Savings rate is pretty much stable at 84% YTD.

Work wise, something may be changing/evolving.
I'm still waiting to hear from the top dogs in the company, but hopefully I may be able to realize my dream of moving to Asia within the next 12 months.
Keeping fingers crossed

Early in the month, I went to the Metallica concert in Milan with my little sister.
We had a blast but it was POURING rain, and unfortunately only about 1/3rd of the playlist was taken from albums from the 1980s.
Still great 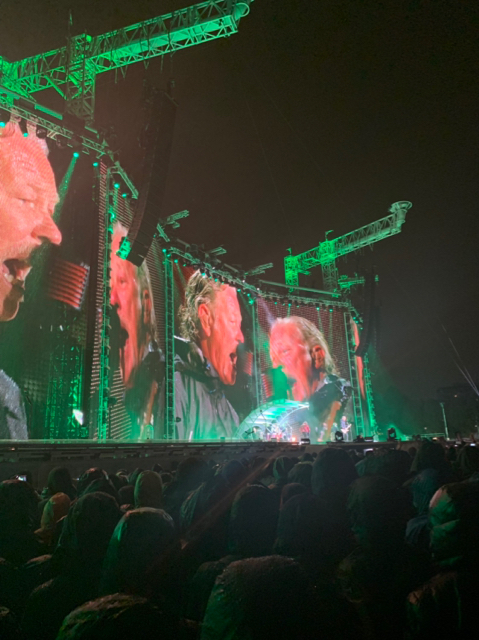 My work brought me to a long trip in SE asia, touching Vietnam, Singapore, Thailand and Malaysia.
I had the chance to see a friend of mine who works as the head pizza chef in one of the best pizzeria in Hanoi. He's pretty good: 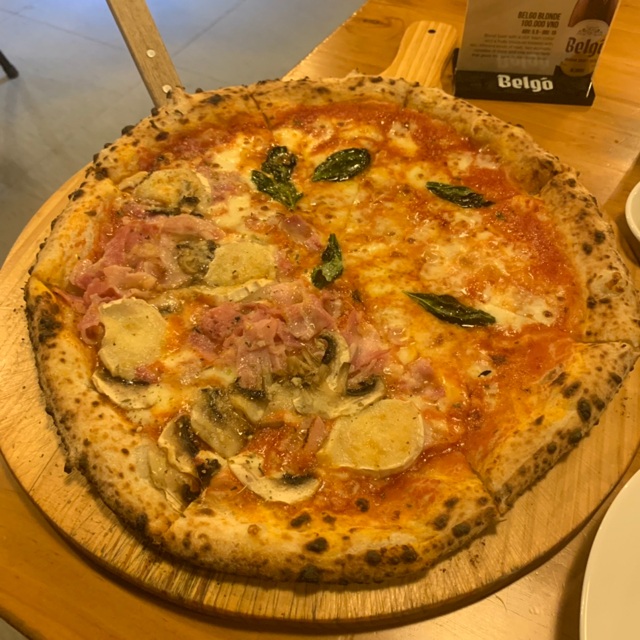 Hanoi is really cool, now I want to visit Saigon which they say is even better. 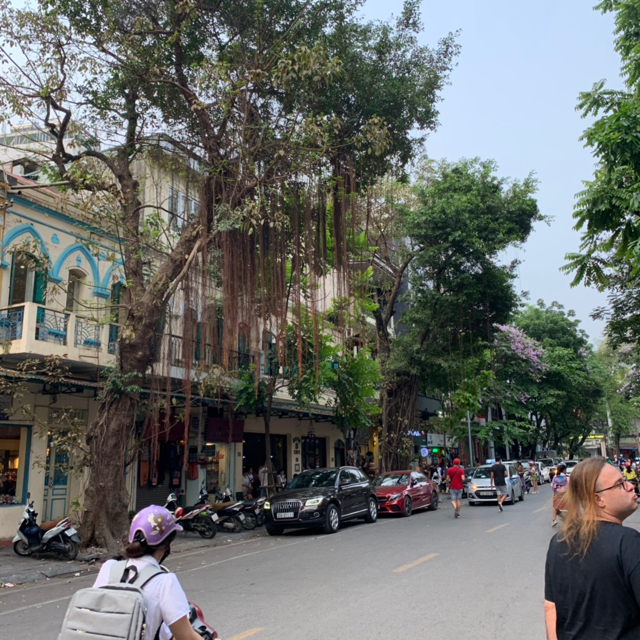 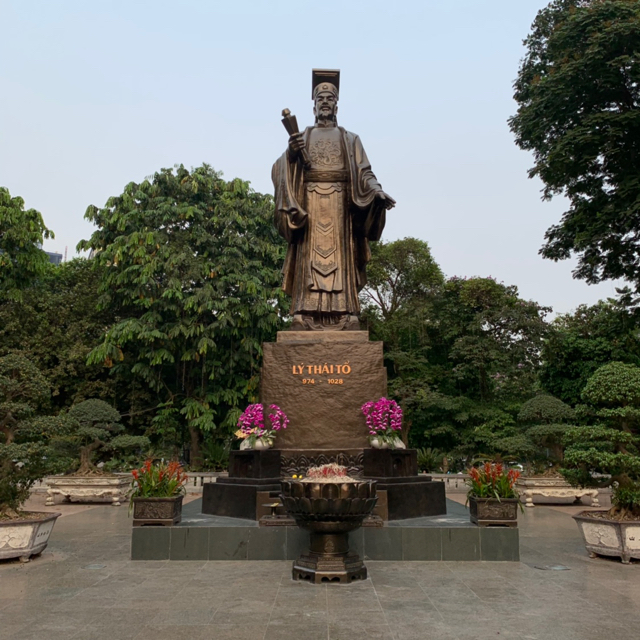 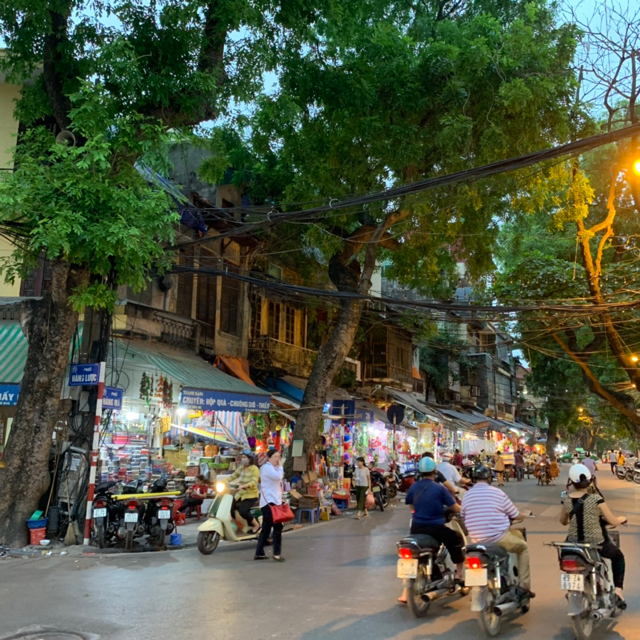 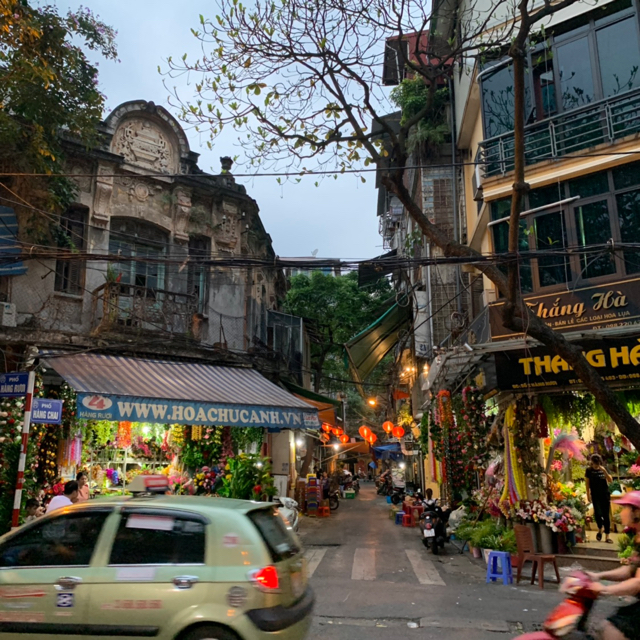 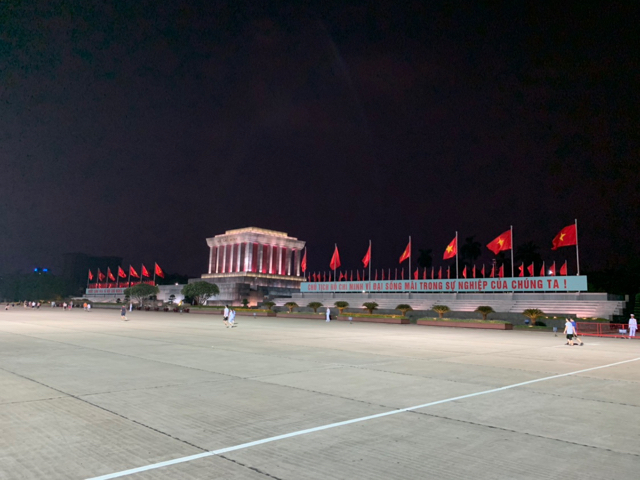 I am doing some aggressive cost cutting on every discretionary purchase, but I'm not giving up on things I love.
During the weekend in Thailand I was able to sneak in a full day of diving on Phi Phi island.
The water temp was 30C, so I was able to dive without a suit. If you have ever tried it, you know what a fantastic sensation that is.
The feeling of freedom is unparalleled. 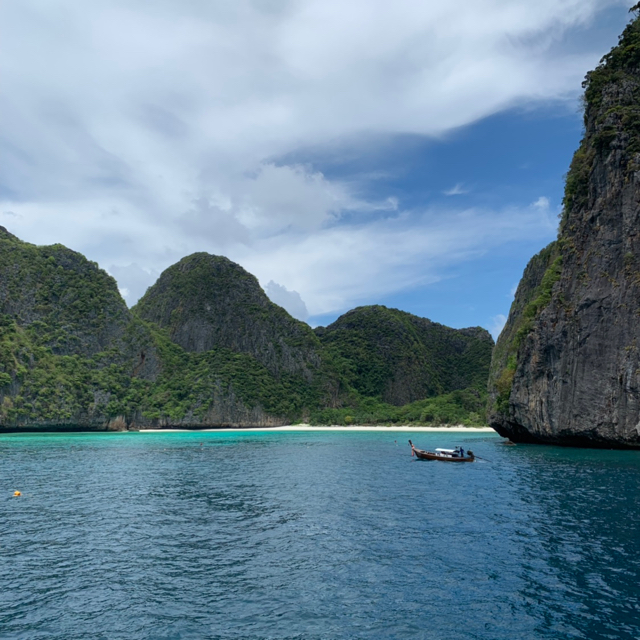 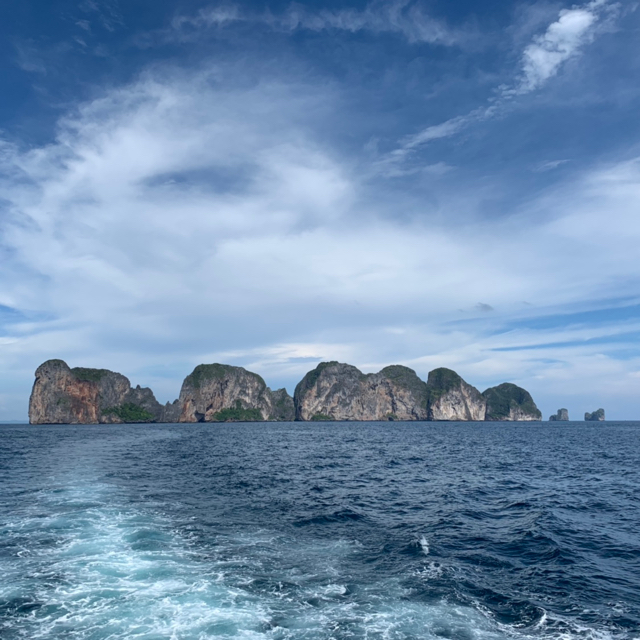 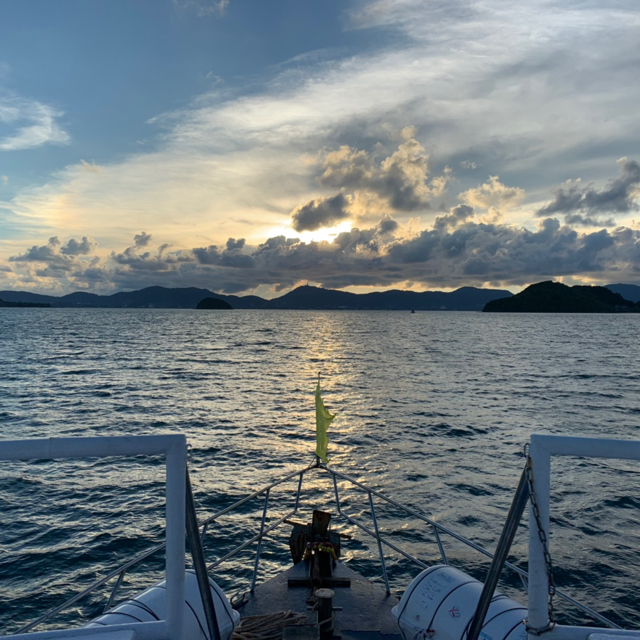 Have a great month!
Top

Wow Seppia! you are living the dream, sir.

Giving me even more wanderlust for Asia! Can't wait to visit some of those countries next year. So close, yet so far!

How were the sights while diving off Phi Phi island? Is it coral, wreck, or something different all together?
Top

I feel obliged to say that I always post the pics of the good times, but that usually is 1.5 days out of the two weeks trip

The rest is a hellish mix of jet lag, an average of 10 flights in 12 days, customer visits, planning sessions and (mosltly boring) dinners.

It wouldn't look so great if I posted pictures of those times...

Phi Phi is mostly Coral, some of it damaged during the lat years (mix of Tsunami and bleaching) but the abundance of life is incredible, probably the densenst fauna I've seen so far in my life.
Top

That's no different than all the travel bloggers, long intervals between the climaxes but life is beautiful as it is and yours seems very fulfilling.

I love reading your experiences. Hanoi was also a favorite of mine. I'm hoping to get to Ho Chi Min and take trains/buses all the way to Hanoi while stopping a few days to months in about 10 towns I've read about. I fell in love with the bahn mi's, weather, and general vibe in Vietnam. It's the only country so far, besides Thailand, that I'd want to see long term.

Can I ask, what company and how much for the dives? I'm also hoping to work my way down the coastal Southern Thailand strip this year or next.
Top

Seppia's Facebooking up his journal?

Seppia wrote: ↑
Mon Jun 10, 2019 10:05 am
@jp what's her field of work? I have some pretty good contacts in HK so I could probably help if she's in something close to FMCG. Feel free to send a Pm for more details.

She a linguist, so a different field, but thank you so much for the offer.

The pics are great. I haven't been out on the water the last couple of years. I need to find time to don my fins this summer.
Top

Generally Hanoi is more popular with tourists, I think, because it has more historical sights. The weather's a bit more variable too, it almost has a winter. HCMC's great though. I really want to try living there a while. It's about the cheapest city in the world that I'm familiar with, in terms of decent accommodation, food and transport.*

I've been in an apartment there for a few weeks for the delivery of my 2nd-born. Very much enjoyed it. But you know, with a heavily pregnant wife I've not been getting out and about much.

*I'm not familiar with very many, so limited comparisons...
Top

Stopping by to say I really enjoy your journal. You’re posting photos of many places I’m familiar with . . .

The rest is a hellish mix of jet lag, an average of 10 flights in 12 days, customer visits, planning sessions and (mosltly boring) dinners.
...

I feel you. Thing is for me, after a few trips to the same place, I’ll only do fly-in fly-outs, no more touristing. To me it’s mostly a drag, rather be home with DD and DW. I admire how you seem to be able to muster the energy to keep doing fun things while travelling on business. Wish I still had your attitude. Maybe I’m just old. Although we’re probably the same age