I want to insert a revelation quickly here, because I feel the pressure to not keep posting periodically and bumping my journal.

Today was a rainy one, which deprived me of outdoor accomplishment and forced me to face my Fear of Cleaning. Things are insanely dust-infested chez nous, so I decided to attack. As usual, the dialog with DH went like this:

Me: How do you feel about the wooden snakes on the windowsill?
DH: What?
Me: Wooden snakes. "gestures"
DH: Don't give away my snakes!
Me: I'm not suggesting giving them away. Maybe moving them upstairs where they can collect dust peacefully.
DH: That's okay. Give them away. I don't need anything any more.

I retreated to my office. After a bit of office winnowing, I had the aforementioned revelation and went back to talk with DH. The reason that I love working outdoors and dread housework? The outdoors is my province. If things are in my way, I can remove them. The house is a quagmire of crap.
Top

The wall looks like it perfectly fits there. That's not always easily accomplished, so my compliments to you. Nice work.
Top

ffj wrote: ↑
Fri Oct 18, 2019 9:50 pm
The wall looks like it perfectly fits there. That's not always easily accomplished, so my compliments to you. Nice work.

High praise indeed from you, ffj. Thank you!
Top

Welcome back. Thank you for updating us and for a recent picture (neat wall). Looking forward to more stories and pictures from the archives please. You have been most definitely been missed.
Top

Halfmoon, I love your attitude! And that’s not the first time that has happened in this journal. Too often “impossible” is interpreted as permission to give up. But once you’ve experienced the thrill of defying impossible, you’re hooked and become a lifetime member of the agency club. I’m about 50/50 in my attempts to disprove impossible and now I’m wondering whether my wife taunts me with that word so I will get stuff done around the house.

So glad to have you back, we were worried about you and DH. I’m so sorry what you and DH have to go through, wishing you all the best!
Top

I just blitzed through your entire journal over the last couple of days. It’s truly an incredible story, written with exquisite style. You have lived a full life that many will only dream of. Thanks for being an inspiration.
Top

I just wrote replies to everyone's comments, and they vaporized. Is it my computer (possible), my lameness (utterly probable), or has this site gotten more difficult?

Anyway...I love what everyone wrote, both familiar voices and new ones. Thank you, and now onward to the past.

THE ROAD NOT TAKEN

Just to reiterate: DH and I were seeking utter isolation when we moved to our mountain property in 1992. The fact that a state forest road ran through the 40 acres should possibly have concerned us more than it did, but the whole place was so geographically isolated. Our property was literally on the edge of private land, buffered by at least 100 miles of public land to the west (state forest, national forest and national park), Canadian wilderness to the north and national forest to the south.

Of course there is that pesky “public” aspect. I already talked about the cattle grazers, but hunters also had their day. Our first deer season experience occurred mid-October on opening weekend. A procession of trucks began early Saturday morning, crawling slowly along the road through our property looking for a stray deer to shoot from their vehicle. The local term was 'road hunter'. Although shooting from the road was prohibited (and doubly illegal on private property), this was standard procedure for many. I was amazed to see one pickup with lawn chairs lining the bed carrying hunters with rifles trained on all sides. I remember thinking that it looked like something from Nicaragua.

Sad to say, some hunters took just the hindquarters and left the rest of the animal. If it didn’t have an impressive antler rack, some would leave it for wildlife (or our dogs) and move on in hopes of killing a trophy buck. The dogs retrieved a lot of smaller antlers, and DH made knife handles from them.

The deer hunting pressure eased somewhat over time, both because the deer population diminished for various reasons and because hunting became less popular. Grouse hunting continued to flourish. In later years (and to the present), we’ve had a supremely territorial friend/caretaker living in a cabin on our property. He’s a bit rabid about chasing hunters off the private land. He once heard a shot on our place and rushed up to confront a hunter who had shot a grouse on our property. Friend is a bit territorial and was outraged. He demanded to see the man’s hunting license and driver’s license, wrote down all info, told him off and confiscated the grouse

Keep in mind that friend was a skinny, unarmed guy confronting a man with a shotgun.

The very cool thing is that we now have moose on our place (piles of poop all over, including between the house and outhouse!
Photos of our property: the road and meadow below. 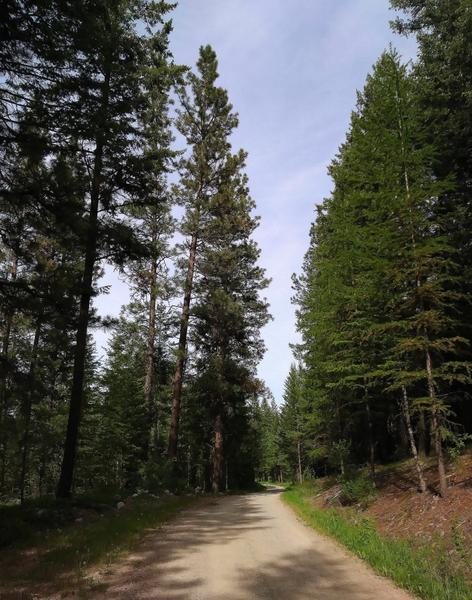 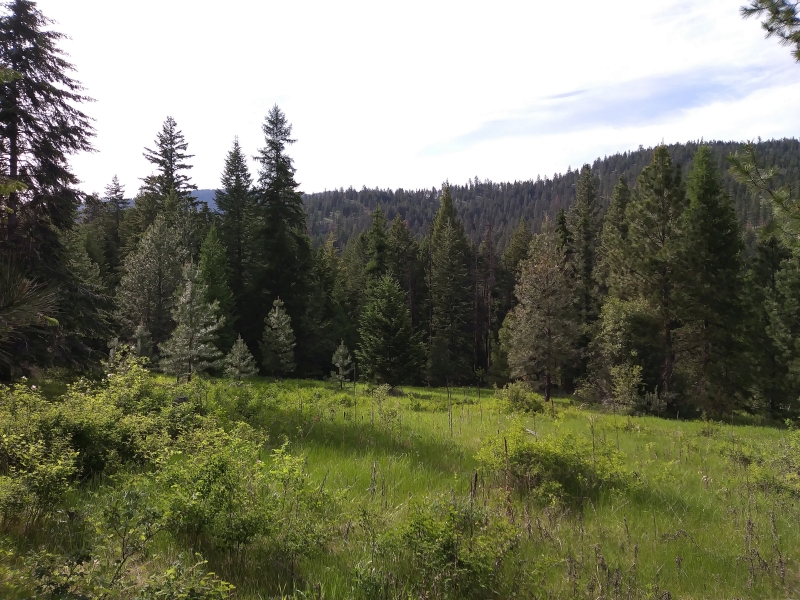 I also keep getting logged out of the forum mid posts and I don't like it.
Top

I have made an adjustment to the way the session is validated. The board is now more lenient in changes to your IP address. I hope this reduces getting logged out.
Top

@halfmoon No hunters here but understand from experiences with my own diminutive DH that how furious the guy confronting is makes a lot of impact. He once gave chase in a car when he spotted a fly-tipping driver (much bigger) in action in our drive. Made him stop his van, return to our property and pick up and take away the load of garden waste he had just tipped there. All with our 6-year old DS strapped into the back seat. Son was stunned (and impressed).

Hope you enjoyed the grouse.
Top

saving-10-years wrote: ↑
Sat Oct 26, 2019 6:09 am
@halfmoon No hunters here but understand from experiences with my own diminutive DH that how furious the guy confronting is makes a lot of impact. He once gave chase in a car when he spotted a fly-tipping driver (much bigger) in action in our drive. Made him stop his van, return to our property and pick up and take away the load of garden waste he had just tipped there. All with our 6-year old DS strapped into the back seat. Son was stunned (and impressed).

Hope you enjoyed the grouse.

I love the term "fly-tipping driver"! I was imagining someone tipping over flies.

Context helped me to understand. Extra wonderful that your son was able to experience the power of fervor.

We didn't enjoy the grouse directly, because our friend/caretaker ate it and related the story to us later. Lots of vicarious enjoyment of the moment, though.
Top

Looking forward to more parts of your story, Halfmoon.

My guy has inherited the hoarder gene from his parents. It sucks sometimes. Good luck with that...
Top

@halfmoon, just wanted to let you know I spent some time this week reading your journal from beginning to end. What a fascinating life you and DH have had. As someone who doesn't know one end of a power tool from the other, I'm in awe of your achievements. Your property looks very tranquil and I particularly loved the arboretum. Wishing you both the best and looking forward to the next instalment.
Top
Post Reply
555 posts