Oddly, although I strongly disagree with many of the details of your philosophy, there is a core level (which I am sure Jason would identify as Pantheist) on which I think we would be in accord. The worst behaving humans are like domestic animals gone feral. That's why my avatar was a relatively benign wild animal (hedge-hog) smiling and wearing a mop-cap and an apron.
Top

Do you have some profession or role in society as goal in your doctoral studies?
Top

I gave up my doctoral studies more than five years ago. Now i just want to have an rise children and play hike and camp.
Top

Am I understanding this correctly - are you saying Christianity introduced violence into the world? Violence is a human nature issue. Not a credal issue. I think history is replete with evidence of that.

Its not as though Christians aren't for the environment. Theodore Roosevelt was a Dutch Reformed Christian and he is responsible for the National park system in the US. His thinking was nature should be preserved for man's pleasure and enjoyment. What Christians mainly oppose is bio-environmentalism, where the environment or "nature" becomes elevated to a position that its protection rivals, if not eclipses, human life and its purpose. Implicit in bio-environmentalism is that it possesses divine/transcendent qualities and attributes either in and of itself or in conjunction with man. This is something Teddy Roosevelt did not believe. He just wanted to preserve man's God given right to urinate in the most majestic corners of the created order.
Top

So I'm back in my garage.
My trip was very nice, but I spent much more than expected.
Northern (from traverse city and northward) Michigan is now despite its lack of mountain my favored place in the us if I ever invest in the US(very unlikely).
Reasons are variety of fresh food available, climate, the lake superior.
I also liked the black hills, which are quite similar to the german black forest in how they felt to me, not geologicaly. And the northern section of the Teddy roosevelt National park was really beautifull.
Here are a few picture: 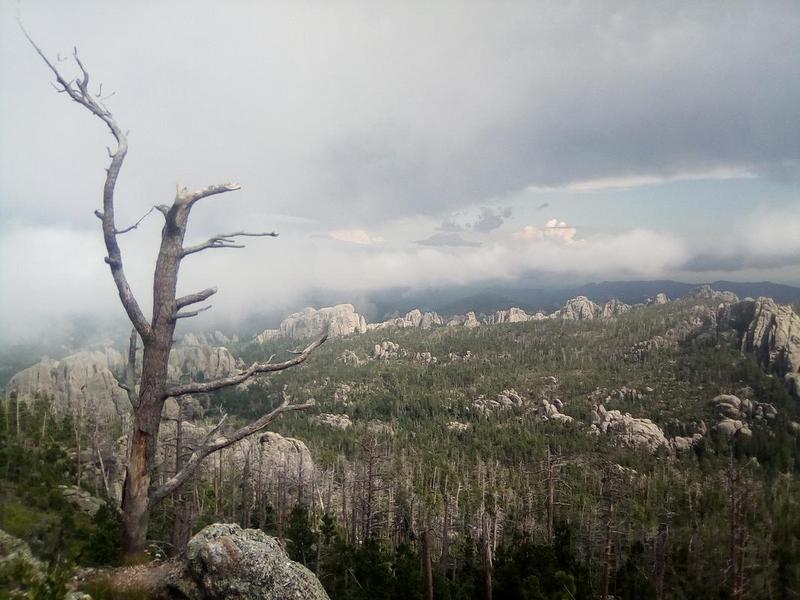 View from the trail to Black Elk Peak 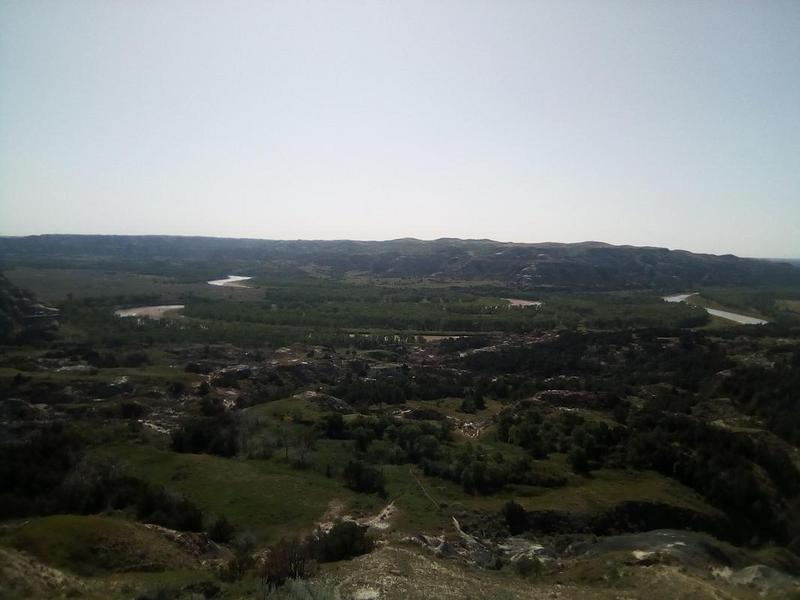 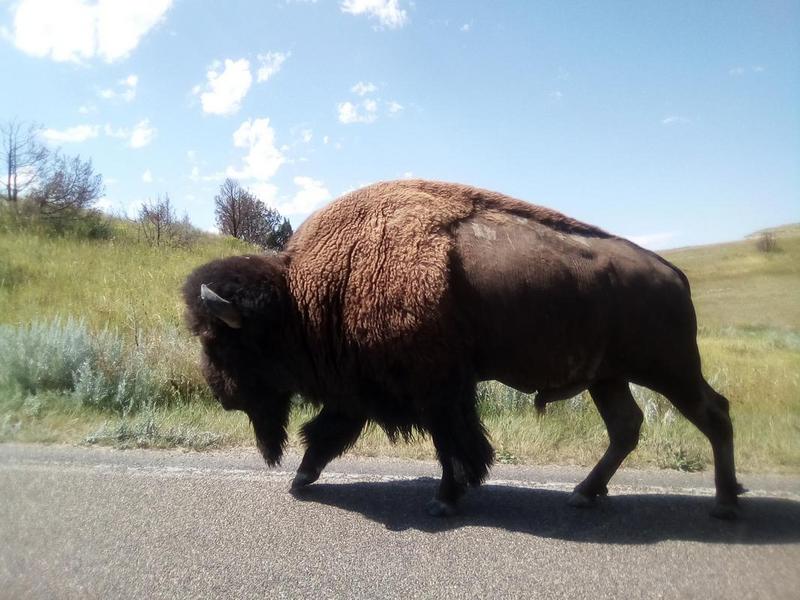 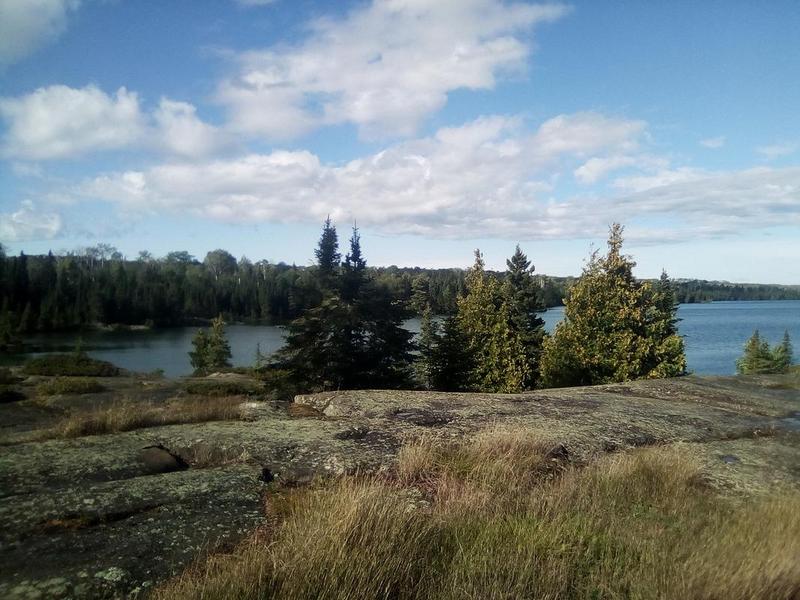 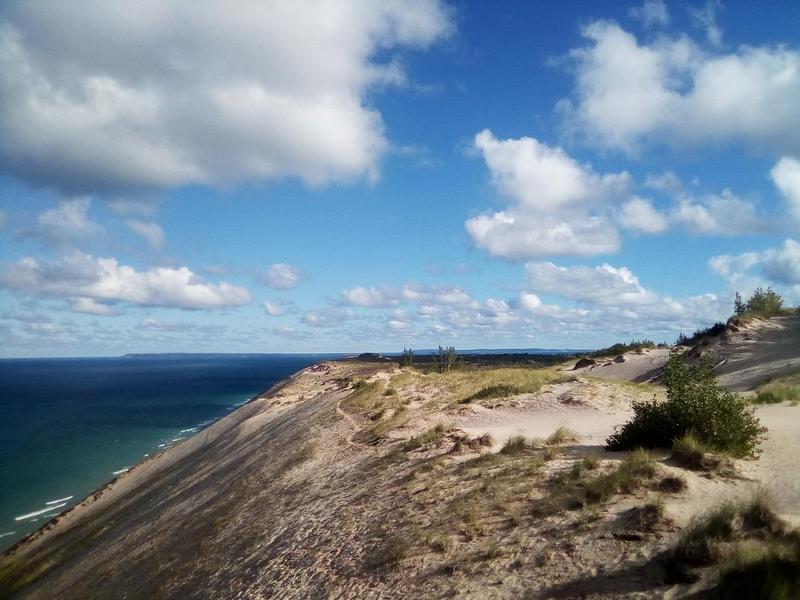 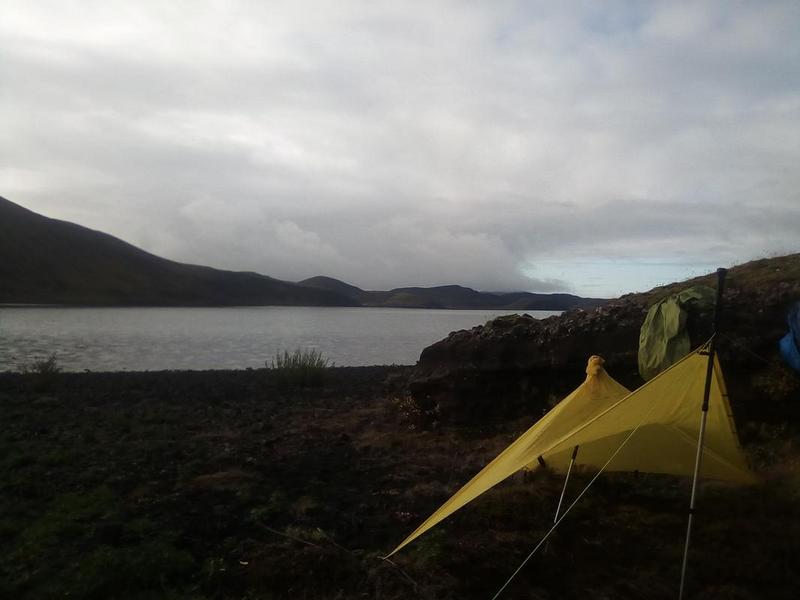 My tent setting in Iceland 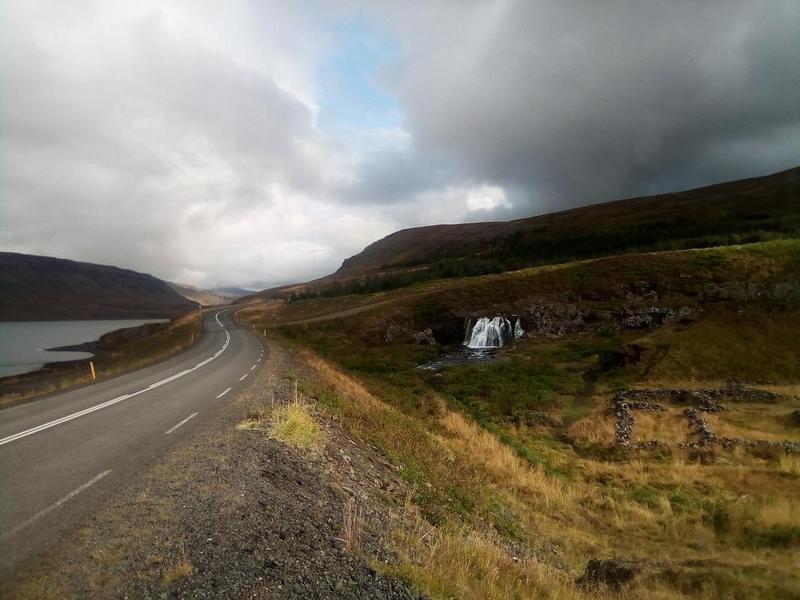 A road in Iceland 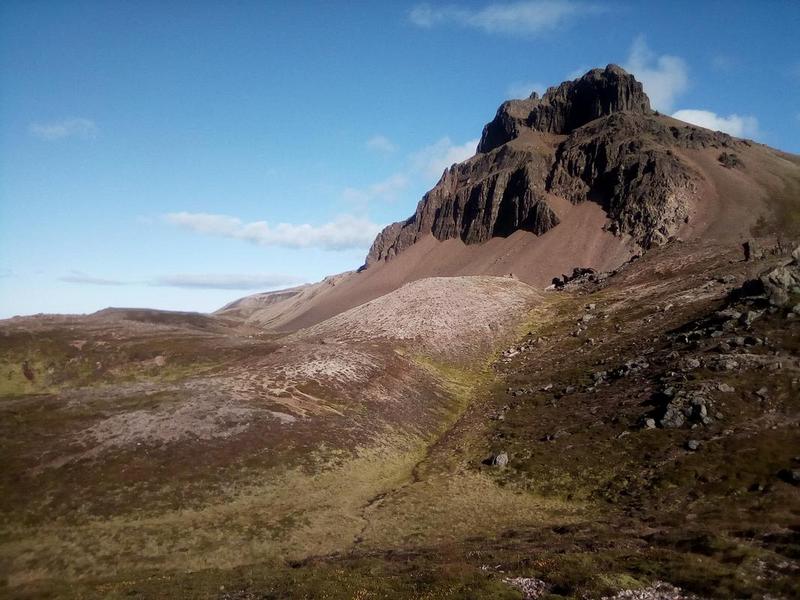 A mountain I climbed in eastern Iceland 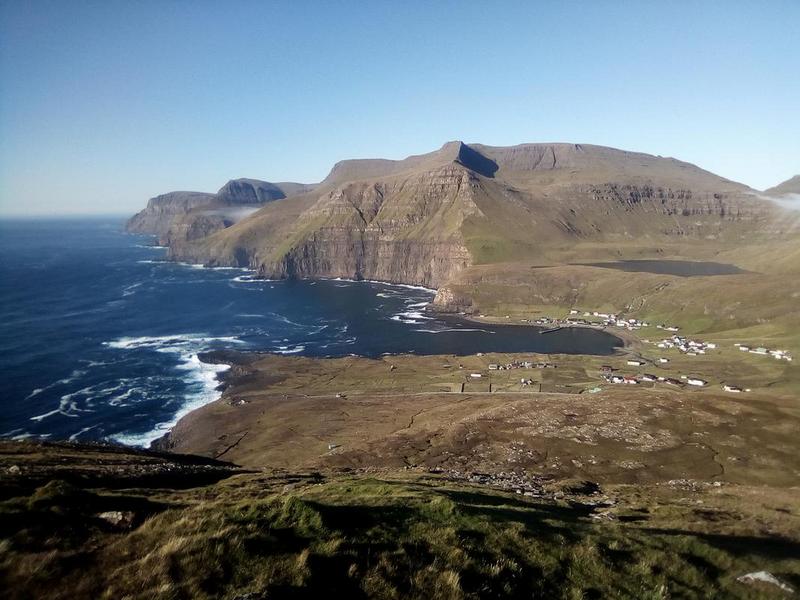 A village in the faeroese 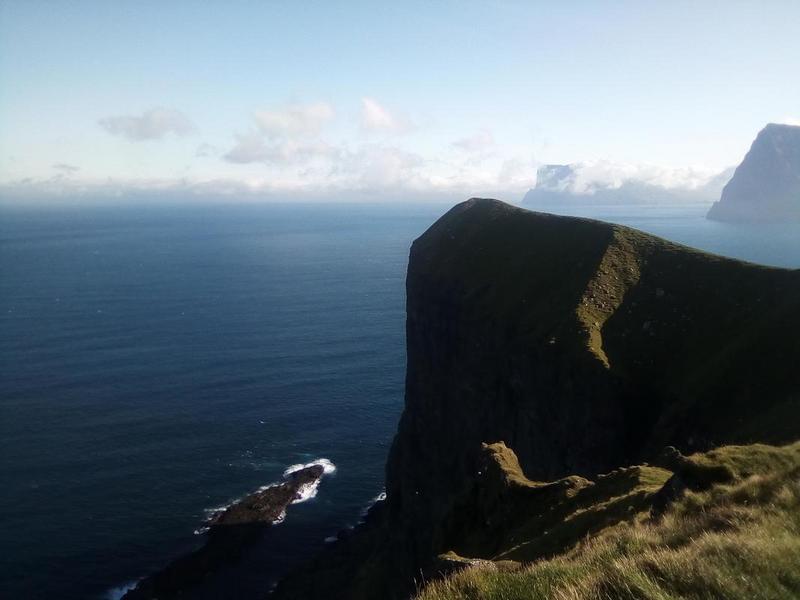 A cliff in the faeroese 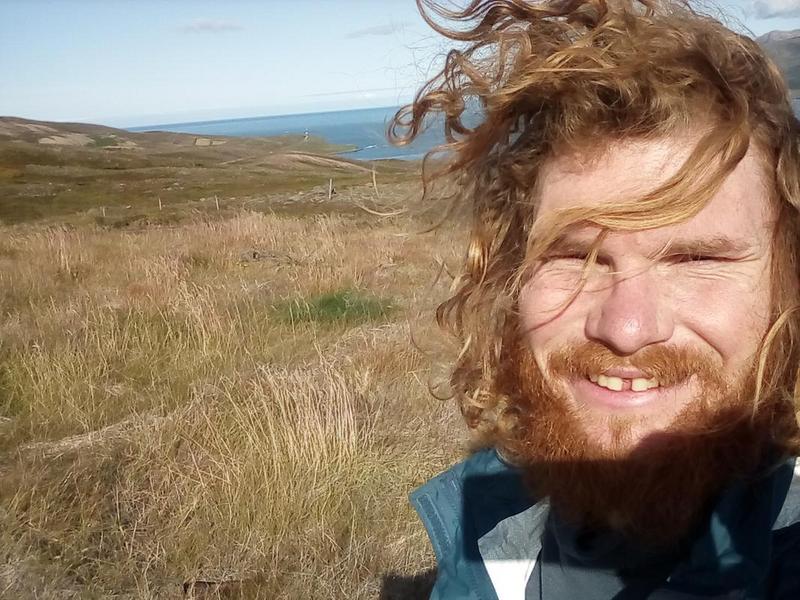 My Tinder picture if I ever join J&G in his poly endeavour.

Then we went to Germany with DGF to visit her family and do some hiking.

Back home, I don't do much, but I ordered a new gaming computer. I canceled my order 4 times, but I'm quite happy with my final order.
My first build was 1540.- for an i5 9400f with gtx 1660 ti (included screen, and mouse, keyboard) from Dell.
Final build is 1222.- for a ryzen 2600 with rx 5700 xt (including everything), i ordered the parts myself.
So the two days of research were worth it(I started with absolutely no idea of actual components, last time I had any interest in this was probably around 2005).

I started playing in a Clique, it's a kind of marching band that mostly performs on carnivals. Emphasis is on being happy to play and nice with each other. I did one rehearsal monday, and I will already join in for a concert on a local fair next monday. I play Souzaphone. I never played before, but I know some music theory and have big lungs and relatively strong diaphragm and lips.

I feel stupid, because I have a plan (earn some money, invest it on my house and make the appartment bigger, and double my income), but I don't act on it. Because I have enough money to waste a lot of it. I'm just waiting like poland in HOI4, except I just gave back Dantzig so everything is open.
Top

In the last few weeks I also bought a computer, which I'd like to equip with gaming hardware. Last time I played was also around 2003/4. There are also a few other here in their 30s, who try to set up a gaming pc. I started with playing Stardew Valley on my laptop. And I already bought Civilizations 5, Bioshock: Infinite and Tomb Raider on sale on Steam. If you wait only long enough at Steam there are really great offers, like 75% off. I am setting up a Manjaro Linux system, which seams to run pretty good as a gaming pc. I only have to buy a gpu.

What kind of games you plan to play?
Top

I play a lot of paradox games (Hearth of Iron 4, Crusader Kings, Stellaris).
Endless Legend and Endless Space 2.
In my wishlist among other are metro exodus, elite dangerous, and conan exiles.
I game a lot on my current laptop. Having a shity system was a trick to try to spend less time gaming, but it doesn't work, so i'll just go ahead and explore the galaxy until cliff oil or someone gets pregnant.
Top

Did you find anyone to interview?


This is the bison version of pretending to be invisible when its frightened by another creature.
Top

Awesome pictures! I'm glad you had a good time.
Top

@CL
Thanks, it was really nice meeting you and your gf! You're really welcome if you ever get to Switzerland! Otherwise we should play a game sometime. Do you have Steam?

@fiby41
No. I haven't tried. I must say I felt very strongly that I wasn't spiritually welcome there and frequently fellt harrased by ghosts. If it is real and not my brain making it up, it would explain why Americans are so prone to turn to Jesus. The contrast when I arrived in Iceland was stunning; they all were like hey mate, long time no see!

@Jason
I would like to brag about my high Bison scaring testosteron rich sweat, but I was driving a Prius when i met him. I met a bison while Hiking too, but it felt scarier than when I met a bear. Because the bear felt rational, but the bison could just decide to charge me for no understood reason.

@MI
I don't know what to answer to that.
Top

That makes sense. The main thing to worry about with bears that hang out in US national parks is that they want to steal your picnic basket. Or at least that's what I was taught as a child.
Top

I catched back with singing in a choir. We have a very nice programm for our christmas concert.
My former boss asked to go back working, and i said yes just for a few day when he really needs it. I'm going to work tomorow, but it's 2h30 and I don't wan't to go to bed, because then, next thing will be waking up and going to work, and I really don't like this perspective. I bought a new gaming computer (paid 1400 for everything, screen, computer (rx 55700 xt and ryzen 2600), and peripherals (mouse, keyboard and a hotas)).
I started playing elite dangerous. The sky is the devil and horses are his demons. Somehow the perspective of turning a civilization into a grazingland appeals. All our stories of alien invasion are probably some expression of the trauma caused by the mongol invasion, and them pilling our skulls is nothing more than a peasant collecting the stones in his field to put them on the side so that they don't disturb his agriculture.
Songs are the closest thing we have to quicksaves. But it doesn't work.

You all need to listen to this song

Jean! Long time no update. Have you managed to make any babies yet?

Hey!
No baby in sight now, but I'm working on it. I'm preparing to the possibility that I might be sterile though.
Our christmas concert with the choir were great.
With the marching band, we only had on carnival at the end of february. It was great too. But I think I brought back COVID 19. Or maybe my gf got it from work. But we got sick. She was sick one week. I ended up being sick one day after caring for her this time.
The lockdown was a great excuse to play videogames. Mostly Kerbal Space programm, stellaris, and Elite Dangerous.
I got angry on facebook a few time, but now I just deleted my account. I'm still thinking about my scifi book. I still have some fascination for turkish invader (in a wider sense, like every horse riding assimilating horde).
I'm quite seriously contemplating selling my house and buying in iceland or lapland. People started doing a lot more hiking and camping in switzerland, which resulted into a harschening of the local legislations. That's very anoying to me.
We were still able to hike for 2 weeks during the lockdown, while sleeping outside. That was really nice.
I applied for a master in nuclear engineering. I don't have an answer yet. We still have to decommision those power plant and do something about the waste. I think not many people are studying this subject, so I might not have to look for an interesting job.
Moneywise, it's still working, I could keep playing video games till I die, but I wan't kids.
Thanks for asking!
Top

and you still need to listen to this song.
Top

I listened to part of the song (it's 17 minutes long!). It's not my jam but the group deserves a lot of credit for being way ahead of its time.
Top
Post Reply
284 posts