5/6/13 #1
Where to begin?
Fairly average gen-x here, entering the 40's where life begins.
Career in engineering has been rewarding, but not financially.
The idea of early retirement appeals to me.
So I am officially giving ERE a go, right now.
Journal will help keep my aim.
Starting Point:
Cashflow
Monthly income net (+): 4.3k
Monthly expense net (-): -2.8k

Welcome to the forums!
Your car insurance seems a little high. Are you insuring multiple cars?

http://www.yourdream.io/#calculate/fina ... dependence
I have not included your deferred compensation, pension or your credit card debt btw. This is just a very very rough indication based on your income and expenses.
Slashing in expenses is a very easy way to control when you can retire:

- lowering costs, lowers the amount of money you need for retirement. Therefor you can retire earlier.

- lowering costs is fully under you control, unlike increasing income.

Spoonman, correct, 2 vehicles are insured. No payment on the second one.

Do you need the second car? Do you need a car at all?
How many people are you feeding on $600/mo? That is a huge amount for food IMO. As a single person I typically spend 150-200 and eat fairly healthy. Work on cooking at home using inexpensive staples (rice, beans, soups, etc) instead of eating out.
Utilities seem pretty reasonable but I suppose you could try reducing your electric usage. Rent also seems reasonable.
Aside from the food, I'd say your cars are what's really killing you. With car payment, insurance, and gas, you're spending 775/mo--almost 30% of your monthly expenditures.

Many thanks for the insights. Will have to examine the merit of the second vehicle.
Current status:
Not much has changed, due to several unexpected expenditures.
Debt (-):

Progress is slow. I am also looking for a new pad.
Top

In retrospect, the hurdles are clear:

The combined expenses take up approximately 35% of the after-tax income pie.

The outside box think: Decided to try an office space pad. I've a month to plan and organize the approach.

Putting the cart before the horse, an office space at $300 / mo. has been found - on a sheer whim.

The renting office says "what's inside office is yours". If they suspect anything, it appears they will not acknowledge it or turn a blind eye. 6 months lease at $300 / mo.
Top

While moving some furnitures in to the office, realized not everything will fit in to a 250 sq. ft. space.

I have too many "things". In serious urge to be rid of things else I will pay someone to hold my junk.


Related: How a Couple Lives in a 240-square-foot Apartment In NEW YORK CITY

Bold move. Sounds like it could have a huge impact financially.

Will you work out of this office, or just live there?
Will you get rid of the car or have a reduction on gas?
What about cooking?
Top

C40 wrote:Bold move. Sounds like it could have a huge impact financially.

Will you work out of this office, or just live there?
Will you get rid of the car or have a reduction on gas?
What about cooking?

The immediate plan is to live there.

It isn't actually that bad, because during weekdays, there isn't much time after work, other than maybe run some errands, have dinner, relax for a couple of hours and then sleep. And on weekends, I am usually out and about anyway.

I also travel from time to time for work, which makes renting a bit of a waste because I get to stay in nice hotels while traveling, which is paid for by my employer. Therefore, I wanted to reduce the cost of rent as low as possible. Any savings gained will offset the debt on the credit card.

Unfortunately, car is necessary and I plan to keep it. It serves a dual function as transportation and a mobile shelter (I tend to car camp once in a while). There will be some reduction in gas, but not significant. I considered carefully to pick a reliable vehicle with decent mpg. and reasonable space. It is not a hybrid or a CVT but uses proven conventional 6-speed engine which gets 25 city / 35 highway with 30 mpg average over-all. I fill up once or twice a month, at a cost of about $65 per fill up. Plus it's stylish, which helps.

Cooking is mostly solved by pre-packaged meals and a mini microwave. In addition:

I plan not to have a fridge, because a block down there are several grocery stores, one of which is open until midnight. May consider this fridge in future if needed: https://engel-usa.com/products/fridge-f ... ge-freezer

A sofa and office furnitures similar to these were given to me for free through a friend or found at thrift shops for cheap, all are in decent shape, close enough for a start-up:

The most expensive office furniture cost $45.

The rent includes utilities. The only inconvenience is the shower, but seveal blocks down, there is 24 hour access gym which I belong to with shower facilities.
Top

Started the downsizing process and I am rejoicing the sense of lightness and liberation felt with each and every unloading of "things".

I've always been a closet "RV'er", admiring and being amazed at others' bravado and ingenuity to pack everything into a RV and simply, just live.

The best way to travel, IMHO, is to do it slowly and take time to absorb the sights. Imagine, spending just one year traveling this way in each state, and this will still take 50 years!

Then there is sailing - to cross the blue waters of pacific - and the beauty of international travel. All of which take funds, and it wasn't until recently, that these ideas became reachable.

But for right now and from now on, I plan on only owning things that will fit into a single car. Rest that which I can not carry, I will ditch.
Top

Had an interesting conversation with a buddy of mine over dinner on what is considered "enough" to retire on.

It went down something like this, in the order of importance:

2. A dependable monthly income, enough to cover life span of both spouses such as pension or annuity

5. Part time job / task for one to two days per week

Put me squarely between a rock and a hard place. I can attain all this, but the trade off is 15 additional years of working. Is it worth it?

To see any benefit at all, I must continue working for 8 additional years. This would include full medical coverage, significantly reduced monthly income (20%), and perhaps half of play money. I can't even think about a house. Is that worth it?

There is much to be said about perpetual income stream as a safety net. While my young-at-heart desires to pull the trigger, my relatively seasoned mind in life says to stay put.

If I only had a crystal ball.
Top

I think you need to determine your views of retirement in the ERE sense against the mainstream view of retirement. Those 5 points all reflect pretty heavily on the mainstream model of working your young years at a desk to be more comfortable when you're older, where the ERE mode of retirement is more about what you can do to get away from the desk now.

Which is more important to you?

To me, I read each of those 5 points and my initial response to each was: Why?
Top

slimicy wrote:I think you need to determine your views of retirement in the ERE sense against the mainstream view of retirement. Those 5 points all reflect pretty heavily on the mainstream model of working your young years at a desk to be more comfortable when you're older, where the ERE mode of retirement is more about what you can do to get away from the desk now.

Which is more important to you?

To me, I read each of those 5 points and my initial response to each was: Why?

Without a doubt, healthcare coverage is mandatory prior to retirement.

The rest would be nice but not necessary if one can adapt to a lower standard of living as they retire.
Top

George the original one wrote:Underwear, pants, belt, & suspenders? Or just pants? Which better suits your temperment and desires?

I guess the trick is to balance the resources needed against time left to live, keeping in mind the fact that time becomes more valuable with age and more resources are required for healthcare and comfort as one gets older.
Top

Been very busy setting up the office for a move-in next month.

Some acquired furniture for the office: 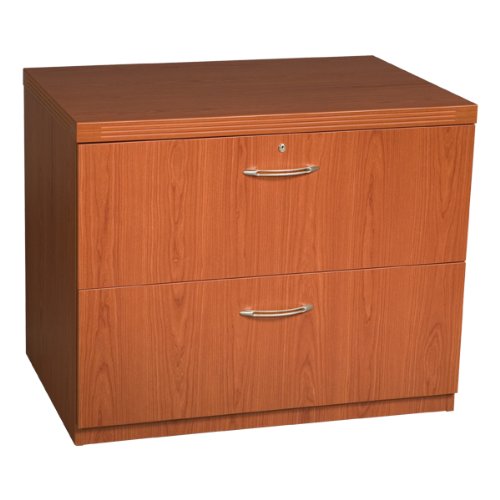 It's a challenge to manage a small space.

To move everything into such a tiny space will take some thought and planning. With only a week left to complete the move, I rented a storage space to deal with the excess.

Key thing to remember about an office lease is that there is no expectation of privacy. The landlord can enter the office at will at any time. In addition, there is inspection by the city couple of times a year.

So the main hurdles are space, security and organization.

To maximize space, I went with tall furnitures and placed them around the perimeter. 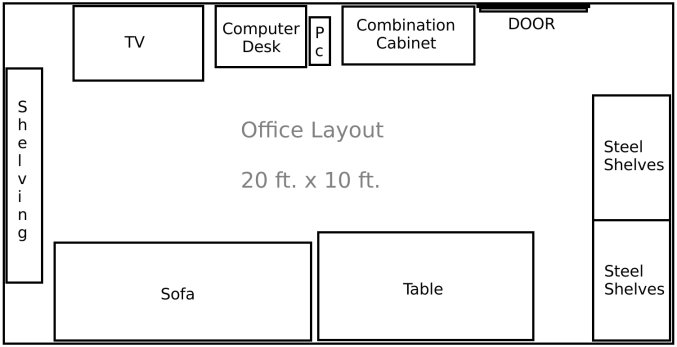 For security of important or valuable items, I deliberately chose metal or solid wood cabinets and added outside locks. The cabinets were relatively easy to move empty but fully loaded, each cabinet would weigh several hundred pounds. The locks would share the same key.

For general storage, a single 4-levl metal shelving was cut in half to dual 2-level shelvings standing side by side. Each shelving can house four 27-gallon heavy duty plastic containers, for a total of eight containers.

The containers are lockable via six elongated holes that are around the edges (three on each side) where a lock can be placed to prevent the container from being opened. The plan is to secure the metal shelving and the boxes together with a thick steel cable lock.

In addition, all of my personal belongs would be out of view and locked away, but easily accessed with a single key.
Top

Been very busy arranging the room.

Some of the free items were given away as they more or less got in the way, such as the nice leather sofa (replaced with Ikea Beddinge lovas sofa bed).

It has been a couple of weeks and I am slowly finding my comfort zone with the change.

Planning, organization and efficiency are even more critical in smaller space, especially one without a shower. I'm just glad it comes with a bathroom (well 3 actually).

I visit the fitness center before work almost every morning. This change has been rougher than I thought, but only because of longer time required to get ready - i.e. drive, shower, drive out. The public shower etc., I was already used to.

I should start seeing the benefits of lower monthly rent starting next month. Looking forward to it.
Top
Post Reply
415 posts