I'm a little late to the party, but congrats on both the new adventure and also the newfound clarity. Very exciting!
Top

Have you considered other states for cheap housing? I've seen some 700sf houses for 20k here and there. Small town with little economy, but if you're FIRE...
Top

@Simplelife - yeah. I've seen that houses are generally a lot cheaper in the southeast. One of my vanlife phase goals is to get a better idea of how much I would like/dislike living in certain parts of the country (and things like distance to major cities, proximity to cool outdoor stuff, etc.)
Top

It appears my bare bones monthly spending could look like: (avg. monthly numbers) That’s only $385! So if I really want, my spending could be very low. Most months will have much more on top of that for more gas, hobby stuff, and van maintenance/repairs/upgrades.

I wrote this part of my journal post a few weeks ago:

“I’ve gotten approval to work part time for at least the rest of the year. The plan is to work two weeks per month. There are very little changes to my benefits. Health and Dental insurance remain and cost the same. The only things that change are those based on working time (years, of service, rate of vacation accrual, etc.) and those just scale with my working hours. They will actually accrue at 75% because my schedule is a 75% work rate, but I will use 25% vacation. This gets me the most money while working 50% of the time.

I got started in the second half of June and have had one week off so far.

I think I’ll continue this until I feel entirely ready to quit. I imagine that may come quite soon.”


That last sentence happened on my first week off. I had my first week off with my part-time arrangement and went camping. A few days of slowing down was all it took to be ready to quit. The main reasons I want to quit now are:

So on Monday, instead of doing any other work, I sat at a picnic table in a park to update and send the resignation letter I’d drafted about a month ago. My last day of work will be June 15. This week I’ve been working in a factory, next week I have vacation, and my last week I’ll be in St Louis working at our office.

After sending the letter, I’ve felt a bit lighter. I’ve been noticeably happier, but haven’t felt huge moments of exuberance. I’m very much looking forward to my first weeks of not working.

This week has been my last work in the factory (which is much more difficult than working in the office) and during the breaks when I have time to think to myself, my motivation level has been super low. I’ve told a handful of people here and the reactions typically fit into one of these categories: Since I told my boss the reason to work part time was to help my family, I’ve been walking sort of a line of what I tell people.

I’m going to spend next week in Colorado again – some of it in Denver and some out camping. Then after my last week of work I will probably start heading northwest. I want to get out to Portland and Seattle and spend time with my friends out there before it gets all rainy. Now that I’m quitting, I’ll be able to get out there in time without having to rush a lot. Next summer I plan to take my time in Montana, Wyoming, Idaho, etc. So I won’t worry about missing things as I go through this time. 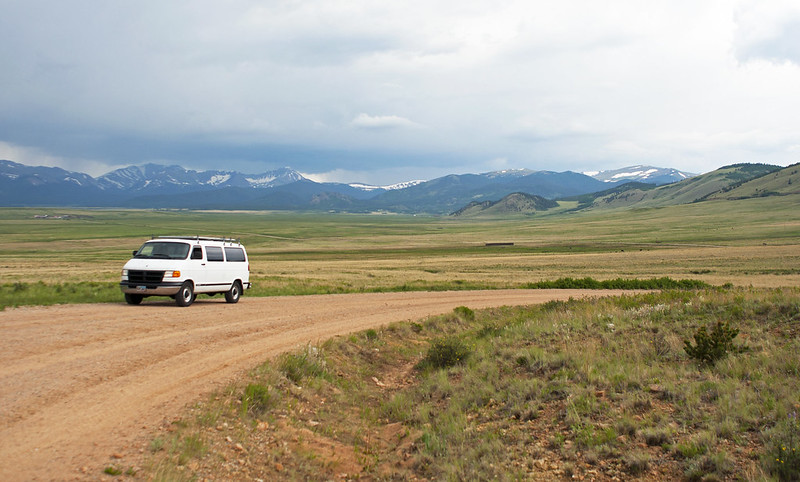 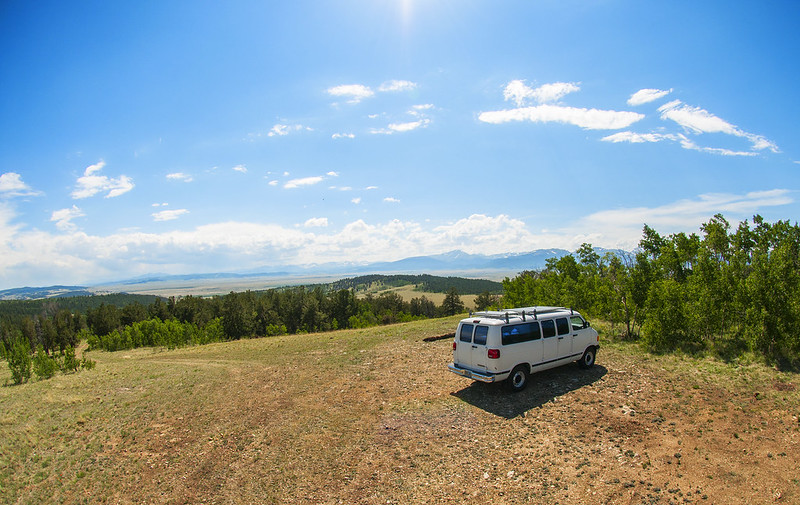 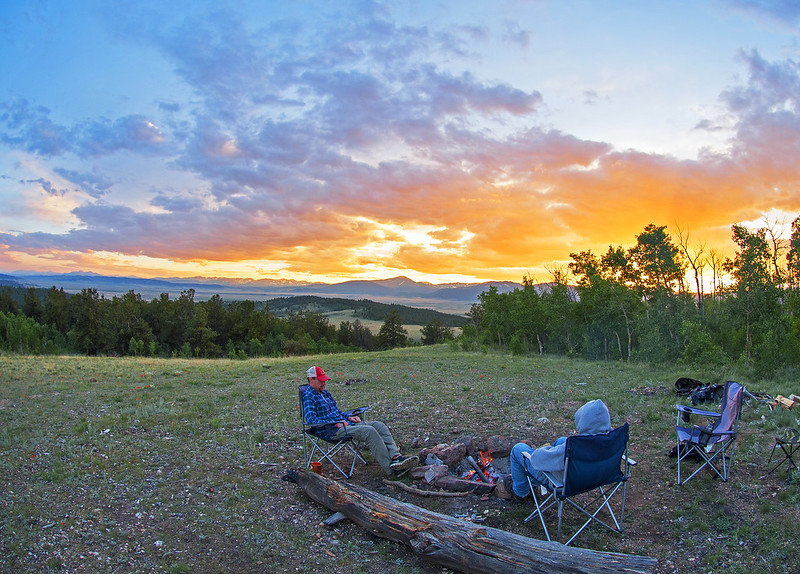 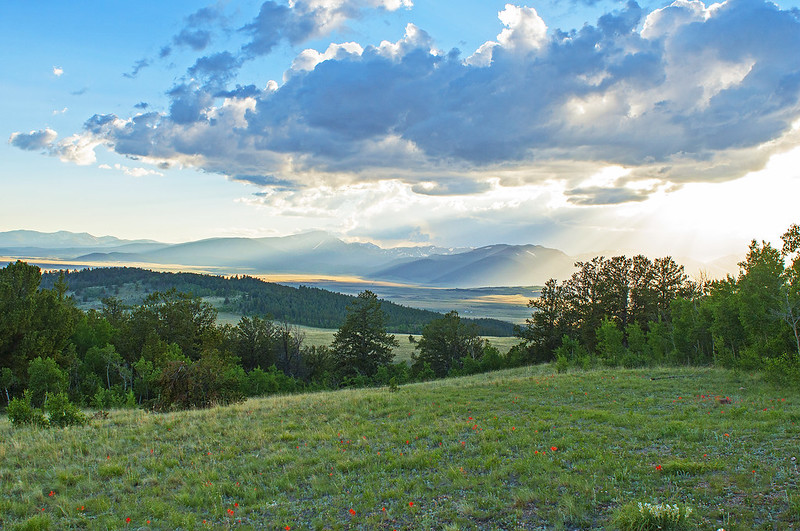 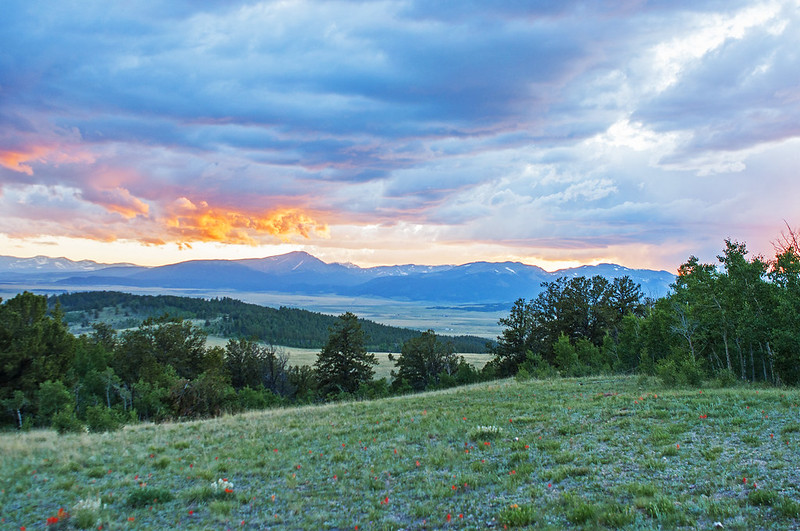 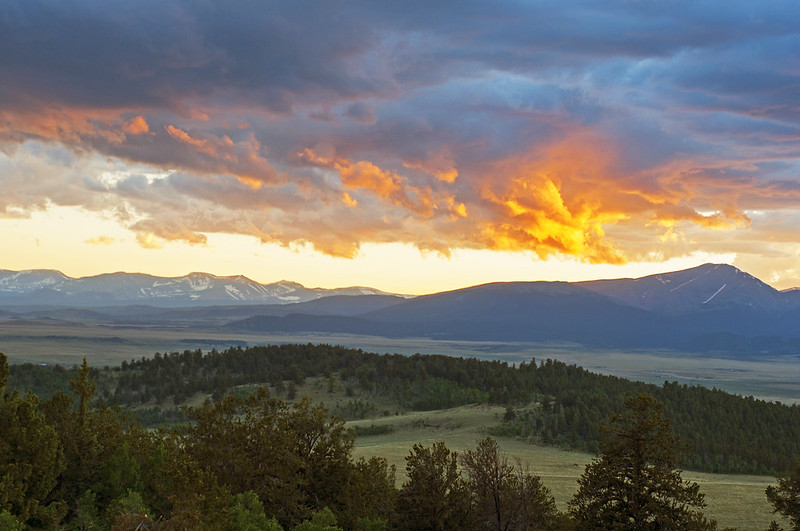 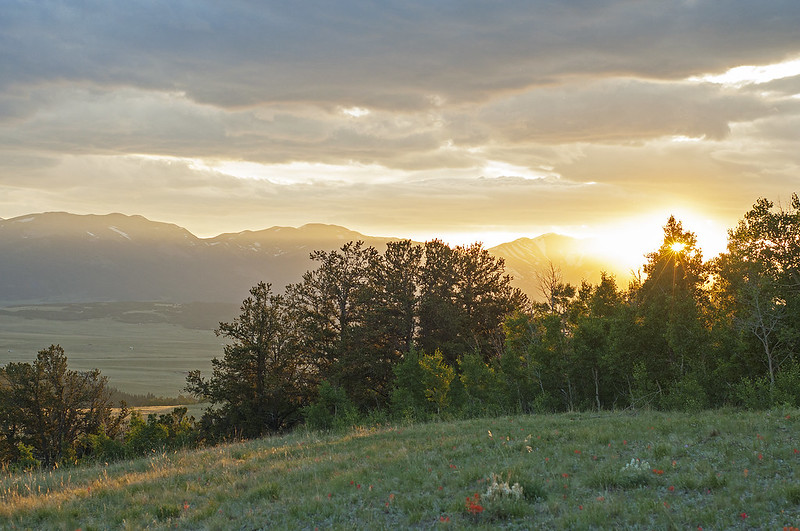 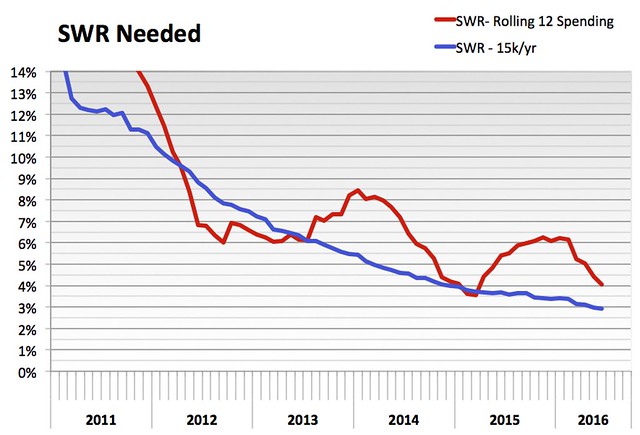 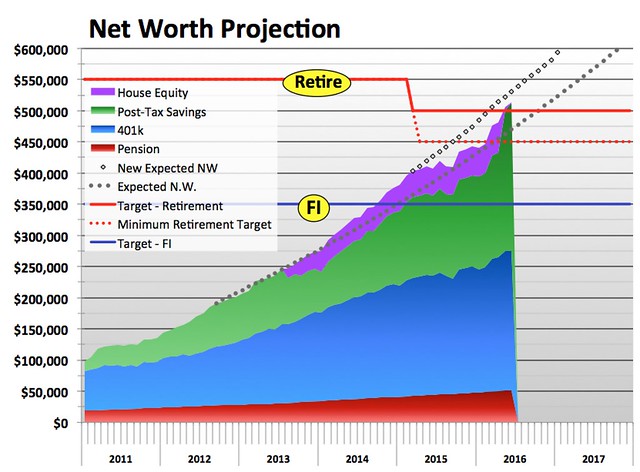 I had about $65k to invest after I got the money from my house. For now, I just bought a mix of PEY and VPU. I bought them near the bottom of the little Brexit dip. The yields on these aren’t all that great. Over time I’ll sell off chunks of those to purchase individual stocks. I can push the total yield up over $8,500/year of dividends. I’ll start my IRA ladder in 2,017 and expect to sell off some of my post-tax stocks to help fund spending for the 5 year waiting period. 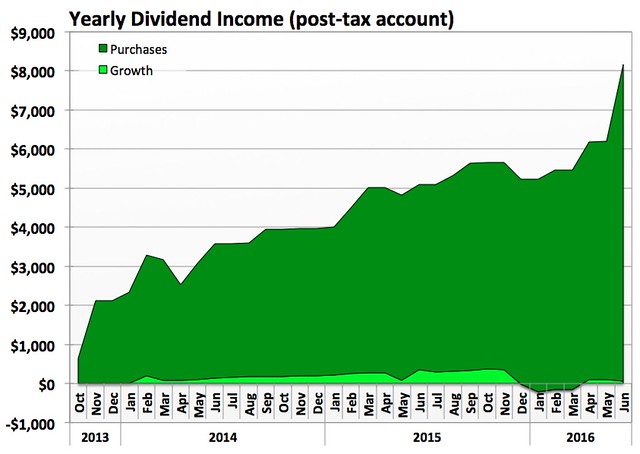 COMPLIMENT FROM A FRIEND

Before I left town, I went over to spend the evening with some old friends. They’re a married couple – the man a lawyer and the woman a doctor. One of their other friends was also there. We had been talking about the van and how I built it, and at one point after mentioning that they’d had me shoot their wedding pictures, he said to his friend “yeah, C40 is a renaissance man”. That gave me a real warm fuzzy feeling inside.
Top

Great pictures, and as always, love the graphs.

$50 for health insurance? wow! That's great.. so does it mean it's a silver plan, subsidized? Do you qualify for (want) medicaid?

I may be able to RE earlier than I thought (I have been keeping track of a "Spending minus perks" and using that as my RE spending; one item it includes replacing is full price healthcare insurance at $450/mo, instead of subsidized insurance). Well that's a pleasant surprise.. now I just need to forget about it and not put it into my spreadsheets (yet) in order to stay conservative and get up to $500k like you before thinking about pulling the plug for good..
Top

I love the photos.
Top

Congratulations! I'm excited for you! Have fun!

This seems like an "out west" adventure, but if you find yourself in the "upper midwest" send me a pm and maybe we can meet up for a ride.
Top

I also love the photos. If you ever want to make some passive income, look into selling those photos!

I see your 'pension' value dropped off this month...what happened with that? I only ask because I also have a modest pension and I'm wondering what I'll do with it when the time comes.
Top

@cmonkey - I think the falloff is just the graphing software since the other lines also have a falloff, but the pension is lower & thus more noticeable with a shallower angle.
Top

Wow, I'm behind the times. Congrats on the transition! Love the camping photos too. I can see, being surrounded by that, why you made the call you did.
Top

Nice work man! Interesting to see how perspectives can change with just a few days on the other side.

Wishing you all the best in your future adventures. I look forward to seeing where they lead!
Top

Great pictures, and as always, love the graphs.


Yes, the pictures are most excellent. It's amazing the beauty and entertainment that nature often provides us for the mere price of our attention.

On the money observation, this is the magical consequence of compounding. There is a famous quote by Hemingway from The Sun Also Rises that looks at this in reverse: “How did you go bankrupt? Two ways. Gradually, then suddenly.”

Such it is the same in accumulation of assets. Once you are half way there numerically, you are getting close. One you are 90% there, the end is around the corner.
Top

Congratulations, C40. You've worked hard to get where you are and I'm happy for you.
Top

Inspiration journal, I congratulate you on reaching your goal.

By the way - gorgeous photos - what are you using to take them?
Top

bryan wrote:
$50 for health insurance? wow! That's great.. so does it mean it's a silver plan, subsidized? Do you qualify for (want) medicaid?

$50 per month is about as low as it gets, with the subsidy optimized (which I very vaguely remember as being around $12-$16k income per year). I need to (re)check to confirm that my IRA to Roth IRA conversions count as income for that. I may need to pay more to have a plan where I'm actually covered in states besides South Dakota. Also, for your planning, don't expect this to last forever. I think that without the subsidies, cheap plans are over $200/month.


cmonkey wrote:I also love the photos. If you ever want to make some passive income, look into selling those photos!

I see your 'pension' value dropped off this month...what happened with that? I only ask because I also have a modest pension and I'm wondering what I'll do with it when the time comes.

Yeah I need to look into selling the photos more. I think some of the methods of selling photos are very saturated and it might be difficult to do so. I imagine that getting some traction may require a lot of social media exposure and maybe some aggressive marketing (things I'm not sure I want to learn about). I've considered doing a few different types of portraits, and while those can't scale up well, they would be pretty quick and easy money.

And yeah, the values on the chart drop to zero for the future months. After I quit, I can take the current cash value of my pension and move it into an IRA. (The annuity rates are a horrible deal for me)

vraxxos wrote:By the way - gorgeous photos - what are you using to take them?

Thanks. Some of them were taken with a 10 year old DSLR (Nikon D90), some with a Panasonic point and shoot, and some with an iPhone. In most cases, fixing it up in photoshop is key to make up for some of the ways an image sensor is inferior to an eyeball, and in some cases to make it look better than real life.
Top

C40 wrote: I may need to pay more to have a plan where I'm actually covered in states besides South Dakota. Also, for your planning, don't expect this to last forever. I think that without the subsidies, cheap plans are over $200/month.

Yeah I need to look into selling the photos more. I think some of the methods of selling photos are very saturated and it might be difficult to do so. I imagine that getting some traction may require a lot of social media exposure and maybe some aggressive marketing (things I'm not sure I want to learn about).


Let us know how the health insurance evolves. I am aware of the decent silver plan prices for a healthy young person and it ain't cheap.


For photos, have you heard of https://www.eyeem.com/ ? Seems good. It should rely less on establishing yourself before being able to sell anything.. though it is companies doing most of the buying so your successful subjects may be a bit more restricted..
Top

I am soooo happy for ya, c40!!! Congratulations! I look forward to hearing about the journey both physical and psychological of your first 6 months - a year out of work. I anticipate lots of ups and downs, but what do I know?

brute is very impressed. by the pictures, the van building, the absurdly gorgeous landscape, and by C40's moment of clarity that caused him to quit. it was very interesting to see and discuss the options at the end of somebody's working life.