I own Russia through ERUS and RSX ETFs held through a USA brokerage, both about .5%/year management overhead. This minimizes income tax hassles and transaction costs for me as USA citizen/taxpayer. Not sure as to best method of owning if non-USA citizen.

Note that a lot of Russian stocks are owned by sovereign wealth funds, such as those of Saudi Arabia, etc. So it's not just a bunch of crazy money like with TSLA, etc. Yes, the Russian government can in the future and has in the past raised taxes on Russian companies, which hurts shareholders, and there is always the possibility of mismanagement or management theft. But that is also true with the supposedly rule-of-law Germans or Americans: Wirecard, Enron, etc. Margin of safety with something like Lukoil is enormous compared to Apple, Google, etc. For former to pay off, you just have to hope the world doesn't completely collapse. For the latter, you have to hope absolutely everything goes right.

I wouldn't put all my money in Russia, since I want to avoid concentrated geopolitical risk, especially since I'm a USA citizen, and thus potential target of retaliatory expropriation. (Though I doubt either Russia or China will try to target Americans like that, given the complicated ownership structures with stocks, plus targeting Americans would scare off future investors from neutral countries.) But 13% in Russia doesn't worry me.

Not sure about ruble carry trade (borrow dollars/euros, lend rubles) since I don't do fancy stuff like that, but I am bullish about long term prospects for ruble versus dollar. So that's another reason to own Russian stocks: as a hedge against falling dollar/euro.
Top

Interesting, INTC has matched the path of the total return of SPY very closely since the end of the tech bust (Oct 2002), as well as since the Mar 2009 lows. With more volatility along the way of course. Also means it has been consistently trailing NASDAQ since the tech bust.

Mister Imperceptible wrote: ↑
Fri Oct 25, 2019 12:38 pm
On this the ninetieth anniversary of The Great Crash weekend, I chant and dance in drunken ecstasy to INVOCATE the spirit of John Larry Kelly Jr.

The return profile has been similar to that of Parilla’s Quadriga Igneo Fund. My drawdowns have been deeper. My run ups have been faster and more furious, as I have carried a more leveraged position. This is because I do not have any rich Europeans standing by for redemptions and I am accountable to only myself. In this respect I am closer to Soros, Druckenmiller, and Roditi than Diego Parrilla.

Dr. Fisker was recruited for a finance position and Dr. Burry gained noterity posting on an online forum. I remain underemployed and underutilized.

We are in the third inning. It is a long game.
Top

That’s so cool, huge congrats.
Over the same period, my performance is fairly shitty but I know I could never sleep at night with your kind of position.
Assuming you started with a relatively large NW, is it worth it to keep going?
What I mean by that is that had I had the same returns as you, I’d have hit all my numbers and could comfortably stop working.
Top

@MI what does "levered long vol" look like for you? SPX leap calls or?
Top

@Seppia
I have thought about this, about a year ago I was just shy of 18 years of expenses, but the performance I listed above was not the number for my whole portfolio, only the ~20% that I allocated to this risk barbell last October. What I think is going to get a lot of people in trouble is that, it seems the government is fully committed to keeping asset prices up because it is now a political problem if they fall. There is just too much at stake, and no willingness to take short term pain for longer term gain. And the currency is going to take a beating because of it. Because of it, I feel it is impossible to hit a number and know for sure that “I have made it.” Because we do not know what that number means. My parents are sinking pretty badly right now, they are still in their fifties, and they appear to have very little in the way of a plan. And I have not started a family myself. So I feel the potential burden coming from both directions. I feel there could be a risk in not taking enough risks. There may actually be a risk of not being rich. Taleb wrote “the majority of people who become rich do so out of a long sustained effort to simply not be poor.” I was born “long gamma” and steeped in a Nietzschean Heraclitean “becoming” mindset before I started studying finance and economics, and so a discussion about how we are only going up or only going down gave me the a-ha moment to begin implementing this strategy when I realized we were in the second inning of this and now had an understanding of the instruments (derivatives) I needed to use. I am down about 50% since the end of July, just as I was down 50% in February, it certainly requires fortitude.

@ertyu
Volatility is mostly a function of liquidity at this point. Not 100% of the time(and it has been weird since August, at times VIX is up with spot up or VIX down with SPY down.) Absence of liquidity sends the market downward. So think the opposite direction. That is a negative carry trade. The other side of the trade is positive carry. I do not think it is possible any longer for the SPY to go up without GDX and GDXJ going up more. I am ignorant as to timing, so I hedge both tail risks. It is not out of the realm of possibility that I am wrong. It is possible a huge sigh of relief comes after an uncontested election and people dump protection and dump gold, and I endure more pain. But I want to know, how soon does “trillions” become “quadrillions”? Treasuries are yielding zero. Are rent payments and mortgage payments canceled forever?
Top

oh ok I did not realize you didn't go all-in with the strategy, but "only" put in a fifth of your assets.

If we had hyperinflation*, stocks would suffer greatly as the multiple would have to come down, but in general owning businesses would probably be a a less risky endeavour than owning debt or cash.

*which still seems to me far from being a sure thing (see: Japan)
Top

The World’s Best Bureaucrat: “As Fed chair during the pandemic, Jerome Powell has done something almost unimaginable in Washington: a good job.” 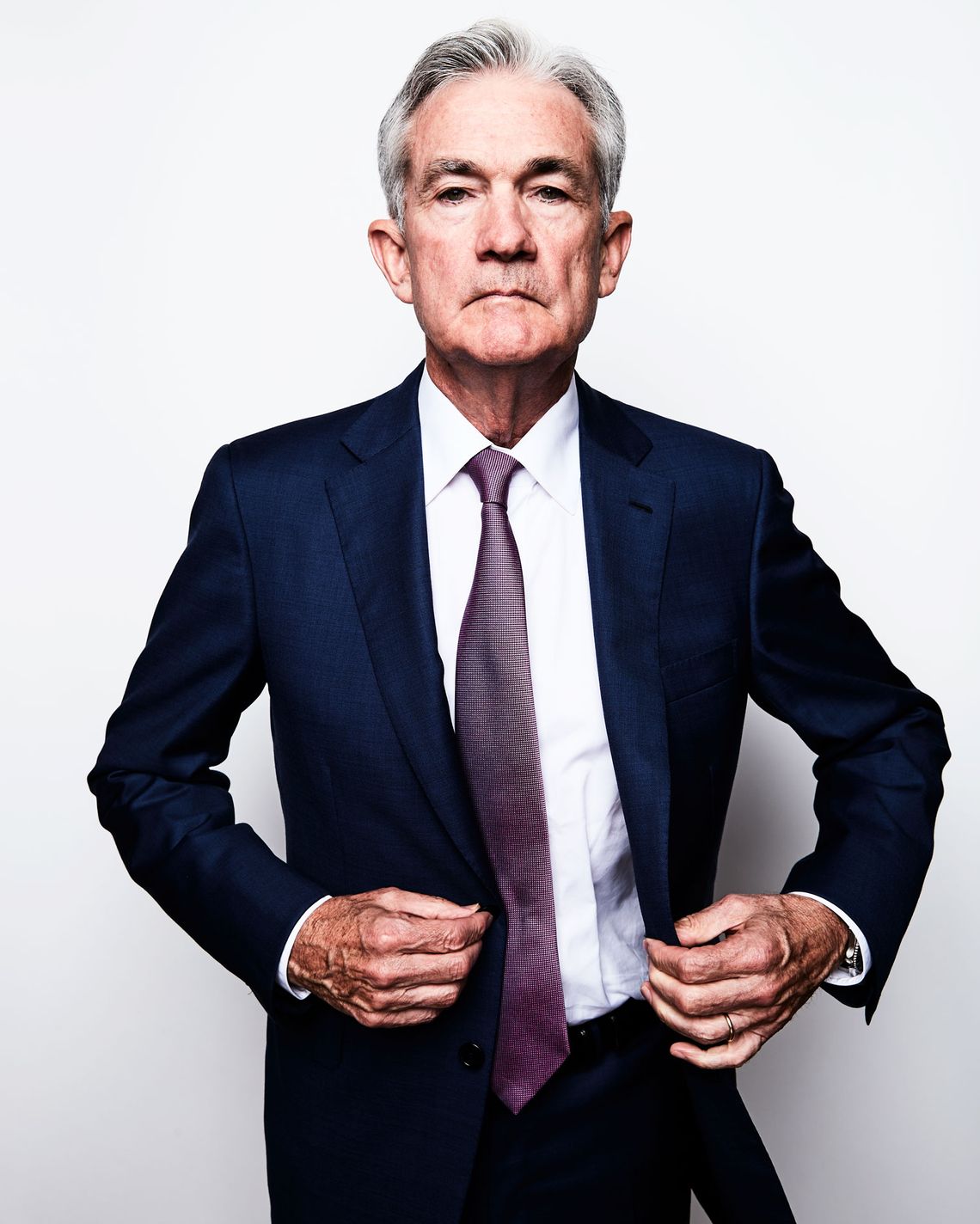 .... a Frankenstein monster patched together by liquidity injections and gamma”

i saw bill fleckenstein in the comments to chris cole's post; if they get him on the end game i think i might come a little
am a shameless chris cole fanboy
Top

In a sudden shift, I got some flashbacks of end of February. Decided to make some moves...

1.) Admitting that AMD is going to just defeat INTC long-term. I own both but not impressed with INTC earnings call. Sold INTC for a loss.
2.) Sold all PLUG for a profit.
Net gain above of $1200.

This freed up $25k which I'm just going to split out between MSFT, AMD, and maybe PEP & WMT when funds settle. Also considering a green energy ETF like QLCN.

I was almost going to sell half my SQ stake as well but decided instead to just hold for now.... They've a lot of business reasons to keep growing. I don't know how the dollar is going to act but the fact that SQ holds a lot of bitcoin gives me some exposure in a way to the crytocurreny without having to directly invest in it.
Top


This is the biggest bullish argument for bitcoin. Greyscale and other big players are drinking up all the liquidity and the price can't help but go up. Big players are starting to allocate.
Top

Lemur: not if China messes with Taiwan for their semiconductors. They sent some sort of warning this last week. Nothing immediate, but if they do make a move anyone with supply chains in Taiwan will lose to anyone without.

< 1% of their market cap, unless they hold more than the $50 million I read about them buying recently
Top

Yep that is right.

This market is shaking me right now admittingly. When I first timed the market in Feb it worked out really well and now I'm starting to see the same trends...I moved out of some riskier / not-growing positions and will move capital into slightly more safer positions.

I'll hold SQ...I consider it my high risk - high reward stock and I was up 300%. But now down a bit on the unrealized gains. I guess I gotta stomach volatility better.

2 things have me not going full-on panic mode:

- COVID vaccine is around the corner or next year.
- Democrat election may stabilize things (I guess this is debatable but Wall Street is sending more cash Biden's way last I read).
Top

The low point in September, around 320 for SPY, would look like a significant level for the folks that like to look at such things for guidance. Getting back down to that level soon should not be surprising since SPY is only 2.5% above it now. But bouncing off that level and having a great day afterward could boost investor confidence. Breaking below it would probably hurt investor confidence at a greater magnitude than a boost from bouncing above it.

At this point a clear victor within a day of the election would be a surprise elimination of uncertainty. It could be a positive for the stock market regardless of the winner. A messy election with delayed results is expected, so if that happens I don't think it should have much of an impact on the market. Biden winning is currently expected, so if he does then there shouldn't be much impact.
Top

Germany and France going back into lockdown, just before Q3 GDP gets printed when Trump can use them as propaganda

Everything is deeply fake
Top

SPY up about only about 3% YTD on 3T+ in Fed liquidity. Not to mention the federal helicopter money stimulus. With more of both, eventually, on the way. ZIRP infinity proclaimed by fed. I'm moving towards bullish, mostly on potential PE inflation over the medium term.
Top

I think we could see 50 to 100k in 5 years. I've been accumulating and hodling for the last couple years after selling out in the 2017 bubble. I'll hodl till the next bubble peaks.
Top

Over 12+ years, buy and hold 100% total world stock market (majority is US stocks) or 100% gold would have gotten you to the same point today.

(all returns based in USD; your currency may vary)
Top
Post Reply
2364 posts