The first one has neater & tidier architecture, but that second one has a substantial sunlit deck, perfect for container gardening, along with the patio for lounging.
Top

Wilson said the immediate benefits of living in the container were myriad: Lower rent, lower utility payments, less time spent doing chores, a shorter commute (approximately 90 seconds on foot) and less money spent on unnecessary possessions. Those benefits may sound underwhelming compared to the sacrifice involved, but in totality, Wilson said, they offered a new freedom.

Because his living space was so small, Wilson said he also spent much less time at home. Instead, he was frequently on and around campus, having face-to-face interactions. (Importantly, he also had to leave the dumpster to use the restroom or take showers, which he did at the campus gymnasium.) As the boundaries between home and community blurred, the neighborhood surrounding the university began to feel like an extension of his backyard.

It's amusing that this happened on a campus where dorm rooms aren't that much bigger/person (when considering the lack of floor storage) and contain approximately the same amount of amenities. Back in my student days, there was a shortage of dorm rooms every time a new year began so sometimes people would build a tent hooverville on one of the big lawns while using the gym, etc. for facilities.
Top

Ideas for building an enclave ...

I can see building these in small groupings, each with their own communal building for laundry, tools, and maybe even shared amenities like bicycles and exercise equipment. Kind of like the way a campground is set up with loops and comfort stations. Each loop could have it's own solar or wind system and maybe a catchment system. I'd change out some of those flower beds for herb gardens and fruit trees and make sure the central fire pits were set up for cooking as well.
Top

jennypenny wrote:Ideas for building an enclave ...

This seems sort of like living in an apartment building (with a garden), except you're looking into each other's windows instead of in different directions:)
Top

jennypenny wrote: I can see building these in small groupings, each with their own communal building for laundry, tools, and maybe even shared amenities like bicycles and exercise equipment.

There are many properties here in Southern California similar to those in your post that are know as bungalow courts.

They are tiny standalone cottages with a central garden area and a shared garage. My first office when I worked for local government was in one of these cottages and we later rented one after returning from a trip. The properties typically have one owner and the cottages are rentals. This one looks a lot like the one we used to live in:

The Sweetwater Zen Center purchased one of these in a rather tough neighborhood and turned it into a pretty nice place to live. Their model seems to be working.

I don't know about sharing bicycles, at least for longer trips. I generally go about 30 miles a day when I bike. I'm very picky about my seat height and angle. It took me quite a while to get it where I like it, better known as when I don't notice it at all.
Top

@Jenny
Maybe you need a tiny on a wooded lot near community garden?
Top

Laura Ingalls wrote:@Jenny
Maybe you need a tiny on a wooded lot near community garden?

I was really hoping to end up living near some like-minded people. I'm talking with a group that's building tiny homes and cabins together in Tennessee. I like them, but they are hardcore preppers and I wonder if that would get old after a while. I'm a slow doomer, not a SHTFarian, so I don't want to spend all of my time sitting around waiting for the world to end. I need to be working toward something.
Top

There are these folks too.

I love this. It could function as a privacy wall that also provided more seating and shade when open. I'd probably put one on each side of a patio, and then rig a sailcloth between the two when open so the entire patio was covered. One of the most viewed stories on NYTimes today. Tiny Home Test Drive.

A modern, sleeker version of our apartment. We have one of these rather than a murphy bed but most of my other apartments have a roll-out murphy.
Top

I love this man's self-reflection.

A Tiny House Was Someone Else’s Dream
Top

From The Onion: Pros And Cons Of The ‘Tiny House’ Movement

jennypenny wrote:I love the transparent roofing material in this one. I have a glass roof over part of my current house and I love it. No more SAD. Apparently you'll have another option as well soon: transparent wood.

The incredible possibilities of 'invisible' wood 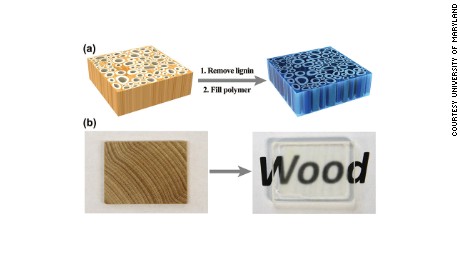 Here are some links to tiny house sites I have found for those of us down under. (:

LOVE! Maybe because this is a tiny version of my current house, the back of which has glass walls and ceiling and I even have a white dutch door from my kitchen leading to the backyard. I think if I built a tiny home, I would also build a substantial greenhouse next to it and connect the two with an enclosed breezeway. That way the greenhouse could be used for additional living space if it had a small table and chairs or a comfortable chair or two.